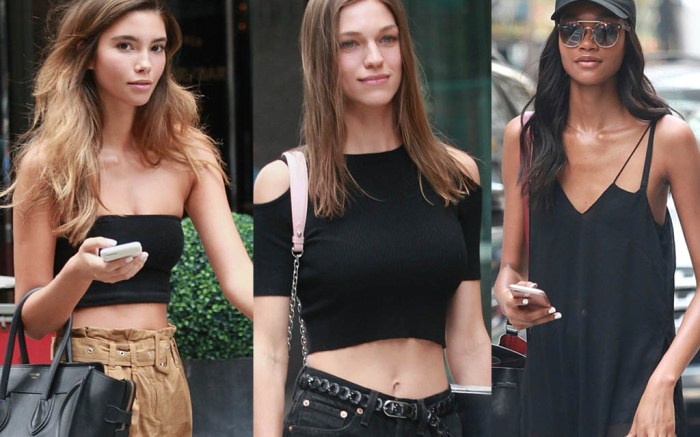 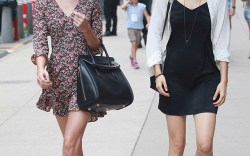 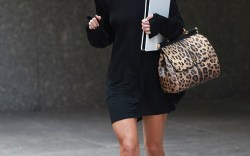 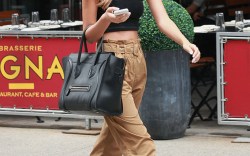 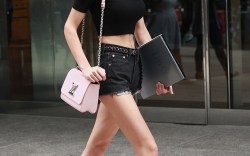 The highly anticipated, annual Victoria’s Secret Fashion Show is still months away from its December broadcast, but the brand is already well in the works of casting the faces for the enchanting extravaganza. At the lingerie retailer’s show casting in New York, models turned out in understated chic looks, inundated with neutrals, to audition for the upcoming 2017 Shanghai show.

Black shoes reigned supreme, overall, for the models, particularly black booties. One statuesque model, however, took it a step further.

Symone Challenger showed off her long legs by wearing suede thigh-high boots in the middle of summer — a seemingly growing iteration of the summer boot trend (even actress Ariel Winter has tried it in Los Angeles). She kept the look streamlined with all-black attire, including a long sheer tank, ball cap and leather bag for a “bossed up” aesthetic, as noted on her Instagram page.

Another popular pair of kicks were white Converse Chuck Taylors ($55), which at least two models were snapped wearing.

Given the amount of strutting in heels they are likely to do for the audition, and subsequently after if selected, it’s a practical yet contemporary choice. Wanessa Milhomem styled hers with ripped jeans, a black crop top and a Chloé bag.

Lara Ghraoui, whose jeans and black top were reminiscent of Milhomem’s look, finished her minimalist outfit with a Saint Laurent quilted purse and black sandals.

See more of the models’ looks in the gallery.

Adriana Lima Turns 36: See All of Her Victoria’s Secret Looks Through the Years

The Victoria’s Secret Angels Celebrate the Fashion Show in Style