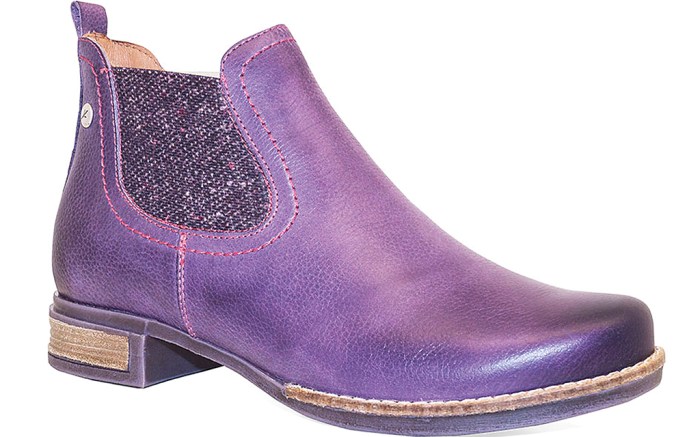 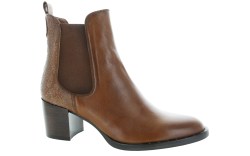 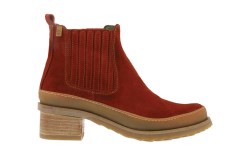 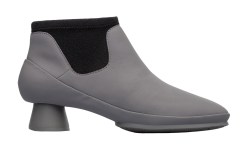 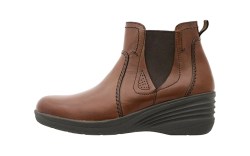 The world continues to get smaller, especially when it comes to fashion.

This fall, a group of Spanish footwear brands are bringing their design expertise to a British favorite, updating the ubiquitous Chelsea boots with local flair.

While the Spanish did not create the popular silhouette, they are putting their spin on the look with new proportions, novelty materials and fresh colorways.

Chelsea boots are often linked with the Beatles, a popular look in ’60s London. The silhouette is rooted in British culture, dating back to the Victorian days, when they were worn by both men and women. The design is credited to Queen Victoria’s shoemaker Joseph Sparkes-Hall, who patented the design in 1851. It soon became popular for both horse riding and walking.

Now the look is back, rediscovered by a new generation that’s accessorizing the ankle style with leggings and skinny jeans. And come fall, the shoes work with a short skirt and patterned tights.

Camper takes the most design liberties with its version, done on an architectural heel, while Hispanitas raises the height of its Chelsea and then sets it on a contemporary block heel.

For a more casual take on the look, Bussola and Tony Pons interpret the look on flexible outsoles. Wanda Panda adds some sparkle to the elastic gores, while El Naturalista hides the feature with a leather overlay.

Although summer has not officially arrived, it’s never too early to start putting your fall shopping list together before the best looks get snapped up.