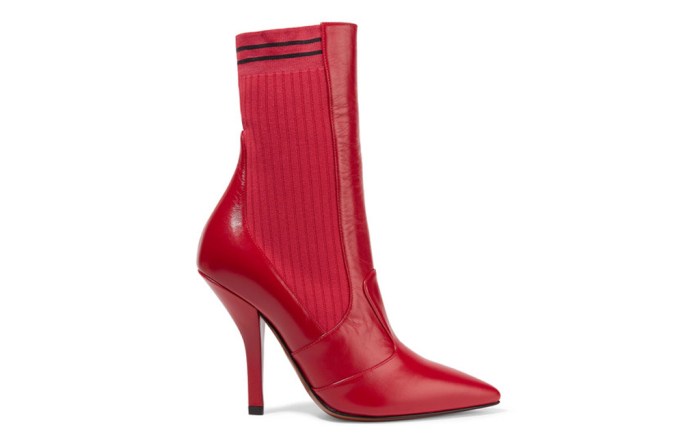 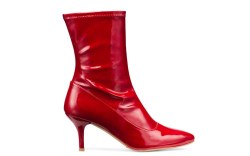 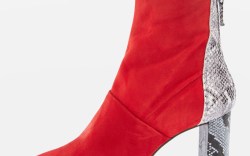 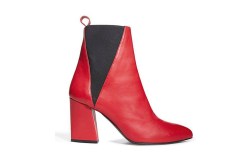 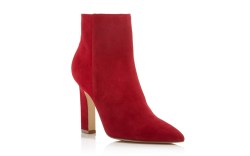 Street-style stars from Gigi Hadid to Kourtney Kardashian have stepped out in red boots, making a major statement with their colorful women’s footwear.

While white boots were a big trend this summer, red boots are primed to be everywhere this fall.

Hadid has stepped out in bright red Dr. Martens, a cheerful choice that also offers some comfort with a flat heel and a wide toe.

For a less utilitarian take on the trend, consider over-the-knee boots — especially slouch boots, which dominated the fall 2017 runway shows. Add an asymmetrical heel, as Stuart Weitzman did, and the architectural shoe trend is covered as well.

Some red booties come equipped with an additional element of visual interest. Valentino’s booties have a chain encircling the ankle, while Topshop’s booties come with a snake-print heel for an extra pop.

Looking for a pair of red boots that will still be wearable when the trend has passed?

While bold red seems t0 be the consensus for fall 2017, a rich burgundy — almost mistakable for brown — nods to the scarlet boots of the season but offers a much subtler take.

11 Slouch Boots to Get You On-Trend for This Fall