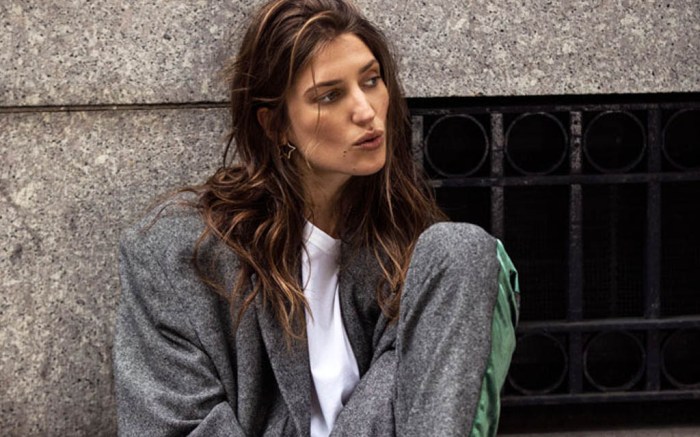 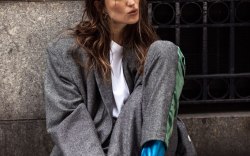 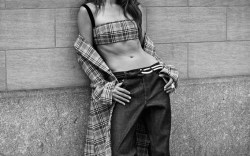 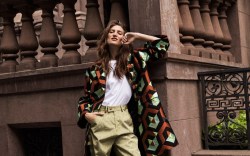 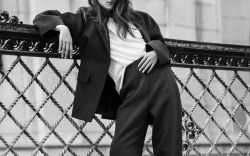 What do women want? It’s the ultimate recondite question, especially when it comes to something as deeply personal as fashion.

But perhaps those best equipped to provide strong, secure, knowing options are fellow women themselves. With that in mind, we dressed dynamic model and vintner Michelle Ouellet (you might also recognize her as the frequent face/feet of Newbark) in an array of female-led footwear labels. She was captured through the artful lens of female photographer Silja Magg.

Paired with louche suiting and liberated (read: large and in charge) tailoring, looks were assembled to present a new kind of cool, confident, nonconformist femininity that feels very much in chime with what’s currently going on in the world around us. Notice: there is nary a contorting stiletto nor un-walkable heel in sight.

A footwear sign of the times if there ever was one, many of today’s highly-engaged women are rejecting teetering and overtly sexy shoes for solid and pragmatic boots made for not just walking, but marching, in unencumbered, often defiant strides.

Tanya Taylor applied her signature uber-feminine hand-painted floral prints to a lace-up version in collaboration with Coliac. And Tibi’s take on the omnipresent stretch boot of the season separated itself from the fray in vivid aqua satin.

Sophia Webster’s split-personality boots were subtle beige suede on the back, but from the front, iridescent front panels are virtually vertical billboards declaring “Hot Like Fire” and “Cold Like Ice” for dichotomous verve.

On the tougher end of the spectrum, The Row’s and Hermes’ leather combat boots were just the thing for a commander-in-chic.

Click through to see all the Woman About Town looks.