Why Nicholas Kirkwood Thinks This New Style Is Fit for Rihanna 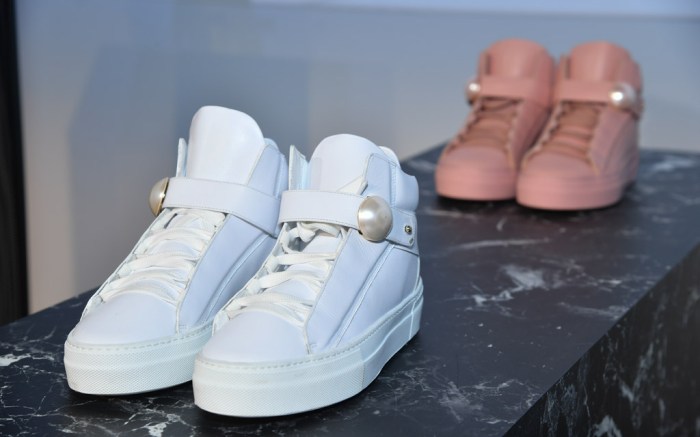 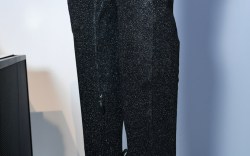 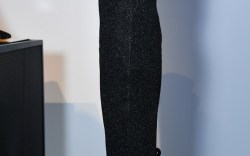 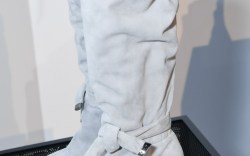 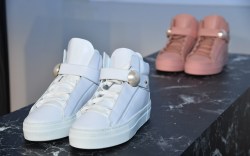 After 11 years in the shoe business, Nicholas Kirkwood is tackling new territory for fall ’17 — with his first sneaker.

The British designer unveiled a new high-top version today at Paris Fashion Week. The style, which features a thick rubber sole, comes in all black, all white or soft blush. But these aren’t your typical trainers. They feature Kirkwood’s signature pearl, which has become a hallmark of many of the designer’s best-selling looks.

“Rihanna could pull this off. She can really do a high-top,” said Kirkwood at his presentation today.

The designer, who was reluctant to move into sneakers for years, said it was the right time now. “We found a group to do it within,” he said, referring to the Pearl series. “We’re testing it without making it a full development.”

So far, buyers like what they see, according to Kirkwood, who cited several inspirations for the overall collection, which he’s calling “Dark Matter.”

This season, the designer explored the 1980s French electro and English new wave music scenes. The collection also takes influence from the sculptures and art installations of Jeppe Hein and Daniel Buren, and the photography of Helmut Newton.

Kirkwood said he turned to Pinterest, and its plethora of images, to help construct his mood board this season.

The result? Several new standouts, including a high-heeled biker book, a new silhouette for the season. The tough rubber sole is offset with a large hidden pearl behind the heel and a buckle fastening.

The new Labyrinth styles take cues from the 1980s cult film. One key look is the new take on the plexi heel, which is encased in gold brass.

Kirkwood also brought the presentation to life through a short film, in collaboration with up-and-coming director Rei Nadal, that played on large screens during the presentation. London-based model Jess Maybury stars in the short.

In other brand news, Kirkwood has unveiled a new customization program online. Shoppers can create their own custom Beya loafer and mule styles.

To see the full Nicholas Kirkwood fall ’17 collection, click through the gallery.