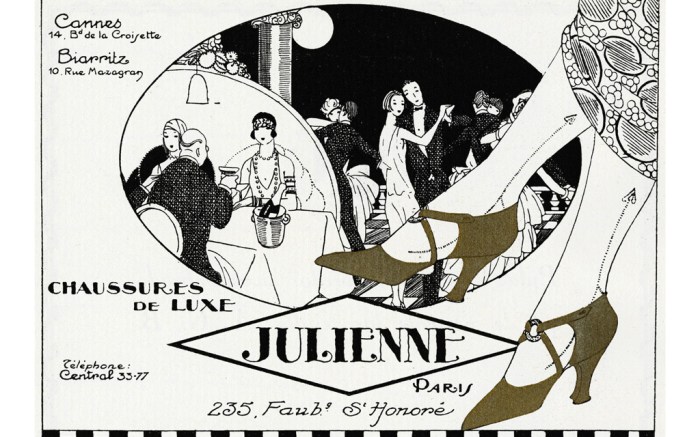 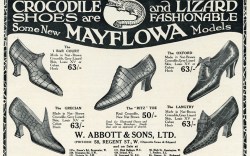 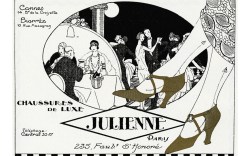 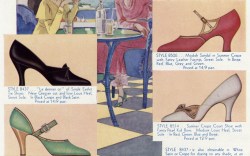 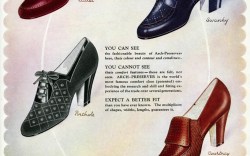 In 2017, shoes priced under $50 are a rarity. But in 1916, a pair of patent leather work boots sold for between $2 and $4 — a price that boot brand Charles William proudly displayed on an advertisement. Here FN takes a look back — way back — to get a glimpse at how prices and styles have evolved through the decades.

By the 1930s and ’40s, prices had gone up — and the styles had evolved. The flat boots advertised in the ’10s were replaced by chunky-heeled lace-up shoes. Advertisements included lengthy blocks of text highlighting the products’ virtues, a difference between more minimalist ads that emerged later.

With the popularization of photography, shoe ads in the ’40s became more diverse in scope. No longer were advertisements confined to illustration. Now advertisers could also rely on actual images of shoes to speak for themselves.

As the new millennium approached, the next big change came with respect to footwear advertising. For the first time, advertisers began to take advantage of celebrity as a means to sell.

This trend has continued through today, as celebrity continues to be a big draw for brands.

Click through the gallery for more shoe ads from years past.