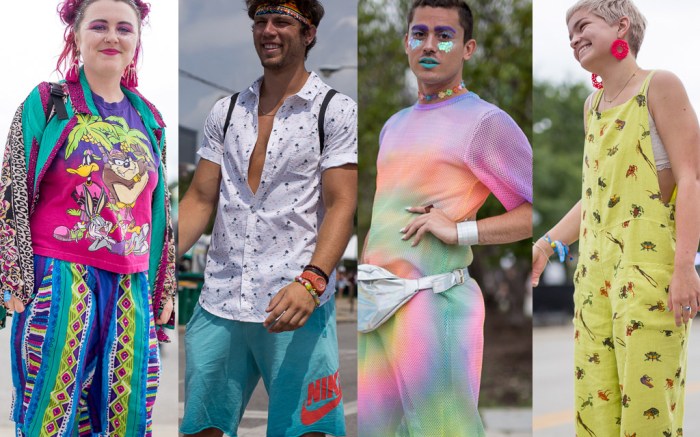 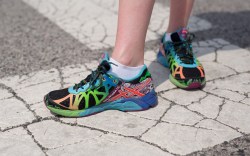 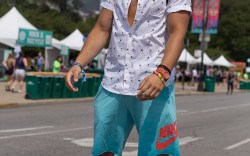 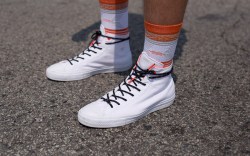 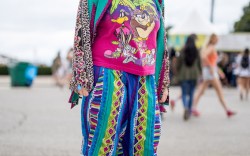 Among some of the most slick looks, a concertgoer wearing a simple black tank teamed with pale blue shorts gave her outfit a whimsical splash with Chinese Laundry’s lace-up embellished Posh sandals. The shoes incorporated tiny goldtone-coin charms, geobeading detail and lively pom poms. They retail for $59.95 but are currently on sale for $39.99 on nordstrom.com.

Stomping out with a real eye-catcher, one of the attendees took her minimalist athleisure look to wild levels with her footwear — Current Mood’s bright iridescent platform boots.

The brand’s mid-calf Cosmic Matter style features an iridescent rainbow croc print upper on a slime green 2.75-inch platform and 5-inch heel with a purple tread. The boots retail for $98 on dollskill.com.

Some of the other shoes seen at the concert included Puma x Fenty styles, Yeezy, Nike and Vans.

Click through the gallery to see the 41 best streetwear, boho and raver-inspired style statements at Lollapalooza.