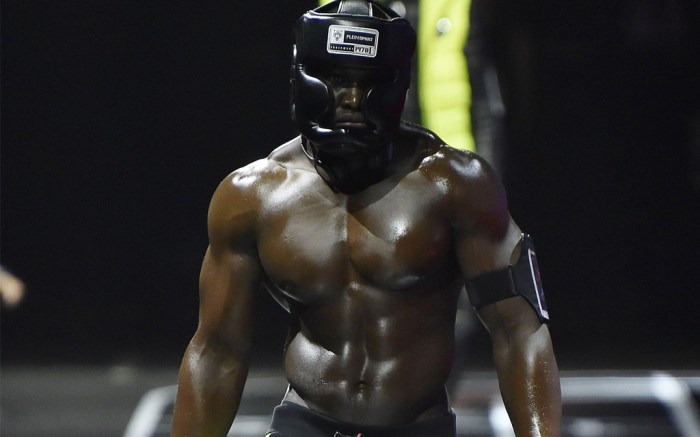 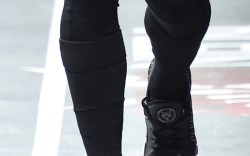 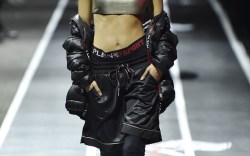 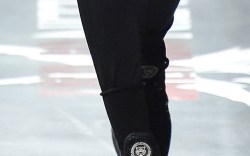 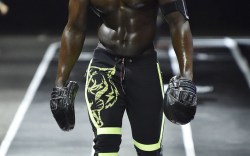 Philipp Plein pulled out all stops today for his label’s inaugural Plein Sport runway show, which was Victoria’s Secret meets the Super Bowl — with just a touch of “Zoolander” simmering beneath the surface at Milan Fashion Week Men’s fall ’17 presentation.

With a hair-flicking Paris Hilton in the front row, the designer took the unusual step of introducing the collection himself prior to the show and took to the mic for a good 10 minutes to explain its genesis. “It started with a dream,” he said, channeling both Dr. Martin Luther King Jr. and The Monkees in a single quip. “I’m a dreamer and a believer, and if I didn’t believe in my dreams, then nobody else would.”

He said that he’d had a jet-lagged realization in June following a flight from New York to L.A. He’d read in Fortune 500 that the world’s biggest grossing textile company was Nike and resolved to create a luxury alternative.

And then he proceeded to showcase the fruits of his labor.

First came an acrobatic performance across a runway assault course, and then the lights went up the catwalk to reveal a two-story glass-fronted gymnasium behind it.

Models walked the runway kitted out for every permutation of sport imaginable and then proceeded to put said kit through innumerable paces on the treadmill, in the boxing ring and on the pommel horse. Some even partook in an impromptu spin class on level two.

So what does a Plein Sport luxury sneaker look like then? Neon. Beset with, suitably, in-your-face logos.

For more Plein Sport looks, click through the gallery.