Lanvin Sent ‘Nothing’ Down the Runway With Sneakers 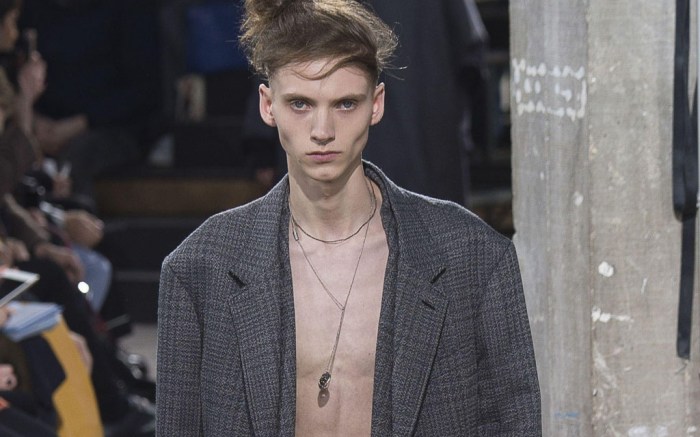 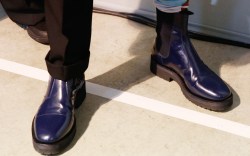 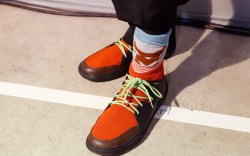 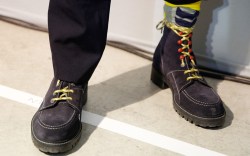 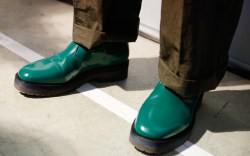 The Lanvin fall 2017 men’s show took place today at Paris Fashion Week. Artistic director Lucas Ossendrijver explained in his show notes that he “wanted to concentrate on the essence of the design, the construction and proportions,” and the opening look, featuring a scarf emblazoned with the word “nothing” underlined this back-to-basics approach.

The designer took masculine wardrobe staples such as the plaid shirt, parka, duffle coat and chino pant — reworking and reimagining them in new silhouettes that were often oversized and streetwear-inflected.

Footwear took the form of hiking boots with laces such as mountaineering rope carried over from spring 2017, knitted sneakers and flat-to-the floor neoprene versions. There were also shiny patent leather rainboots. The mix felt like an after thought, somewhat lacking in cohesion.