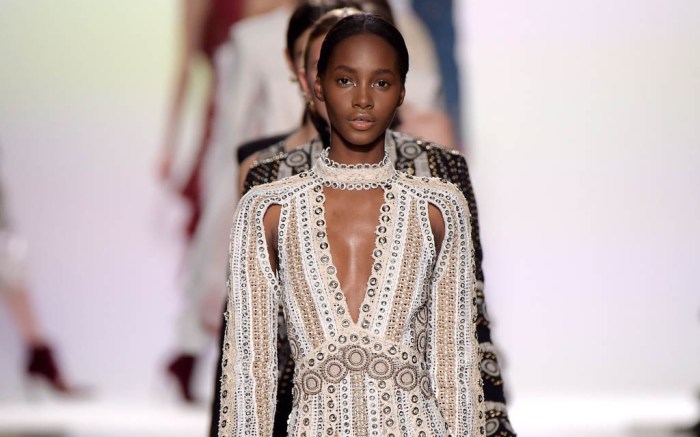 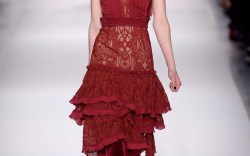 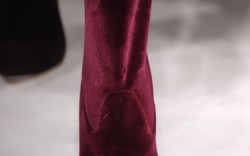 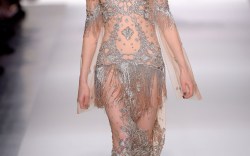 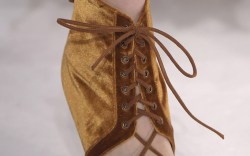 The designer — who took his bow wearing a “Feminist AF” T-shirt — celebrated women as powerful forces this season, taking cues from aristocratic fashion and regal embellishments, then remixing them in a more modern way.

It was all about combining old with new.

Simkhai looked to details like corsetry, for instance, but did it as lacing-up along the front of jeans. There were velvets and chiffon shown against more of-the-now materials, like Japanese denim and Simkhai’s custom lacework. Though he offered interesting idea, such as a corseted denim tube top, some of the looks, such as the voluminous fur coats, felt a bit cheesy and not at all in line with his target customer. However, the sparkly gowns that closed the show are sure to be a hit with Simkhai’s young Hollywood clientele.

As for the shoes, the designer collaborated with shoe maestro Manolo Blahnik this season. The streamlined styles lent a dash of sophistication to the collection. Together, the duo showed simple suede pumps — some embellished or laced up the front — as well as more elaborate boots, cut below or above the knee. They were done in buttery leathers or in the same velvets seen in ready-to-wear.

Click here to view more photos from the runway.