Balmain Rocked the Runway With Boots, Bling and Bon Jovi 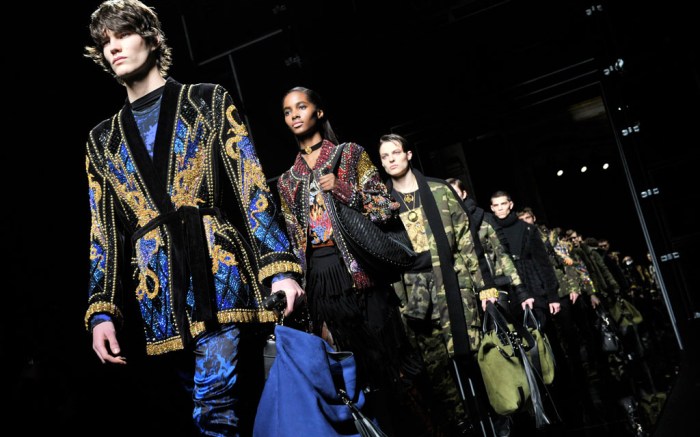 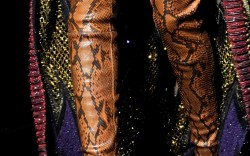 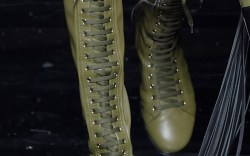 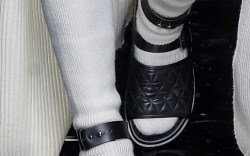 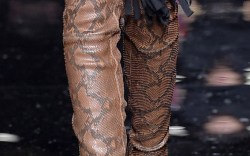 In his notes today for the men’s fall 2017 Balmain collection that took place at Paris Fashion Week, designer Olivier Rousteing explained that the show would follow “the classic trajectory of a rock anthem.”

He continued, and we paraphrase, that it would open with easy, layered knitwear, move through leathers and the like, and end with “a full-throated roar” of full-on Balmain bling.

And he was on the money, Bon Jovi soundtrack and all.

But what shoes would work with both those slouchy knitted onesies and tunics, and also with the biker leathers and spandex leggings?

Here’s how Rousteing’s rock-star analogy played out in harmony:

The footwear frontman: A fur-lined, quilt-backed sneaker boot hybrid. It came with a rubber technical sole and elasticated lacing.

The backup vocals: For both sexes, they were provided by thigh-high army-boots-meet-waders. They came in both black and khaki and laced up as far as the knee.

Part of the label’s newly relaunched accessories collection, the unisex boots, were also sported by the female members of the Balmain army stepping out in the label’s pre-fall 2017 collection.