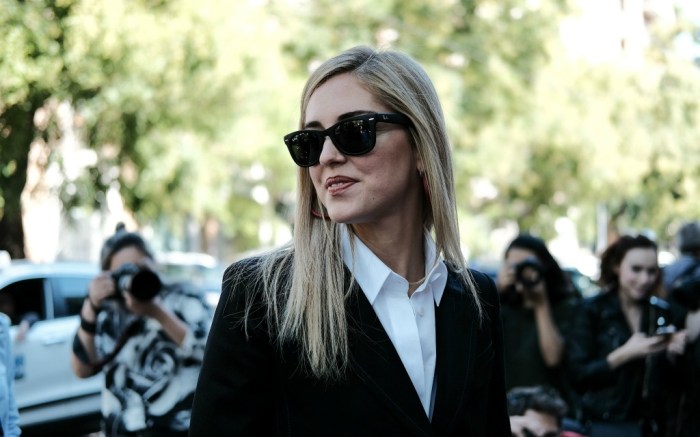 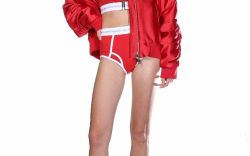 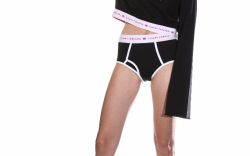 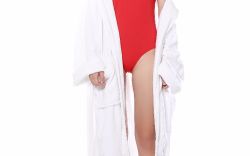 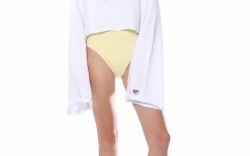 As Ferragni prepares to unveil her hotel-themed spring ’18 collection and a see-now, buy-now capsule at Milan Fashion Week tomorrow, she is embarking on an ambitious store rollout. After opening locations in that city as well as Shanghai and Chengdu in China this year, Chiara Ferragni Collection inked a deal with Riqing Group to fast-track growth in China. The teams plan to debut 35 stores there in the next few years.

“Coming from the digital world, it may seem strange, but I really love going out for shopping,” said Ferragni, who gives her 11 million Instagram fans an intimate look at her life on her social channels. “I like how a brand can shape your shopping experience through its retail space.”

The label’s Milan location, which opened this summer, is decked out in Ferragni’s signature glitter motif and plays up the concept of “airport life.” “When I travel, I always post pictures of me and my looks outside the airport. It has become sort of a tradition now, and my followers really relate to that,” Ferragni said.

While Milan is an obvious choice for a store given her Italian roots and strong fan base here, Ferragni also has found a major following in China. “Right now, the market is booming for us,” said CEO Andrea Lorini, who noted that Asian consumers are seeking unique styles from up-and-coming brands.

The U.S. market is also high on the expansion list, and the label is scouting store locations in New York and Los Angeles, where Ferragni resides part time. Lorini said Europe is another target area, though China will be the initial focus. (The brand also recently unveiled its online boutique with Tmall.com.)

“We’re the opposite of a normal brand that starts with physical stores,” the CEO said. “We’ll always [be strong] on digital and social, but the physical element is what was missing.” Lorini noted that the Milan location opened during the summer, when many stores were on sale. “We opened at full price and had amazing results,” he said.

As the team plots its next moves, Ferragni is ready to unveil her spring collection, called Suite Life, which emphasizes the designer’s jet-setting lifestyle. “I now live half my life in Los Angeles, a city that has always been a huge inspiration for my work. When I’m there, I often go to hotel restaurants or bars with my friends. On the other hand, when I travel, I spend a lot of time in the hotels that host me. So I get to experience the lifestyle.”

The collection is bigger than last season and features more apparel than ever before, including hoodies and silk PJs. And Ferragni’s first activewear line will include sport bras, tracksuits, bombers and one-piece swimsuits, driven by a color-block aesthetic.

As for the shoes, palm trees made of crystals decorate iconic slip-on and slipper styles. Martini cocktails and “Kiss me in my suite” slogans give heels and mules a playful kick. (These elements are also incorporated into the clothing pieces.)
The designer also will introduce a see-now, buy-now collection at her presentation, a move aimed to ignite new excitement at retail as fashion continues to move at a frenetic pace.

The brand continues to experience impressive growth. Lorini said 2016 revenues were about 17 million euros ($20 million). While physical stores are expected to drive further expansion, digital remains a huge part of the business. In June, for example, online sales were up 235 percent, compared with the same month a year ago.

At wholesale, the collection is stocked in nearly 400 stores globally. “We have been testing new markets and increasing brand awareness,” Lorini said. During the past several seasons, Chiara Ferragni Collection has launched pop-ups and exclusive styles with key retailers, including Level Shoes in Dubai, Luisa Via Roma in Florence, IT Hong Kong, Le Bon Marché in Paris, Saks Fifth Avenue in New York and others.

The designer has also generated attention through collaborations with legendary French bakery Laduree and Disney. For the latter, Ferragni created a small capsule shoe collection with Mickey Mouse iconography.

Lorini revealed that there are two more collabs in the works but declined to reveal details. He said, “We strongly believe in partnerships.”