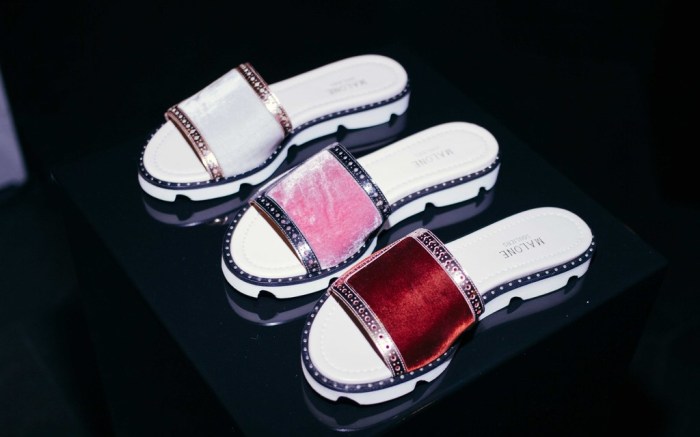 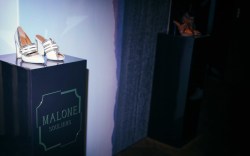 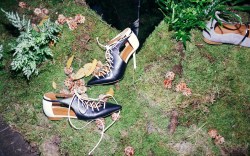 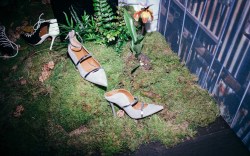 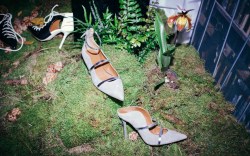 The London Fashion Week presentation today had creative director Mary Alice Malone literally making shoes with her artisan team in the middle of the venue. And what shoes they were, too.

New fabrication to love was a richly textured metallic lurex (“more sophisticated than glitter,” said Malone) in yellow and pink gold, which played out in mules that made you want to dance all night.

The label is also making great strides into the thigh-high boot market. Its lace-up Montana bootie was transformed into a soaring tall number, while the new Sadie style came both as a T-bar sandal and thigh-high version in butter stretch suede.

“This is the first time we’ve been able to do boots that speak our design language in a really accurate way,” said Malone.

Monday will see the grand reveal of a second season collaboration with Roksanda Ilincic. “A real evolution from the first one,” said co-founder and managing director Roy Luwolt.

Click through the gallery to see more styles from the Malone Souliers fall 2017 collection.