How to Get the New Melissa x Jason Wu Collab Sandals 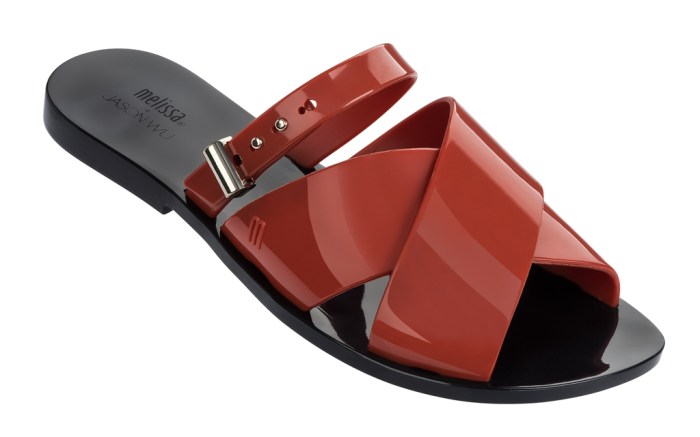 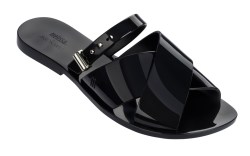 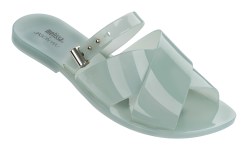 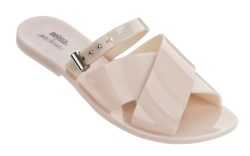 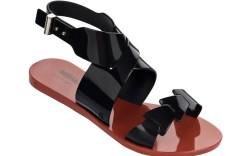 After five years together, Melissa Shoes and Jason Wu are still going strong.

The Brazilian footwear label and New York-based designer, who have been collaborating since 2012, this week released their latest joint effort: a limited-edition series of two minimalist women’s sandals.

As always, the styles are made using Melissa’s signature plastic compound, which is 100 percent vegan and waterproof.

Included in the collection is the Diane, a slip-on sandal with a crisscross upper and adjustable strap; and the Wonderful, which has a feminine toe strap and crossover ankle strap. Both styles come in four colorways: nude, mint green, solid black and a black-and-rust combo.

Over the years, Melissa and Wu have collaborated on a range of footwear styles, always in keeping with Wu’s understated designs. For fall ’16, for instance, the duo debuted a sleek, modern rainboot, and last spring they teamed up on a thong sandal.

But Wu is not Melissa’s only design partner. The brand, a subsidiary of Brazilian footwear giant Grendene SA, is a regular in the collaboration game, having partnered in the past with names such as Karl Lagerfeld, Jeremy Scott and Vivienne Westwood.

Their spring ’17 Melissa x Jason Wu collection is available now at Shopmelissa.com. The Diane is priced at $79, and the Wonderful retails for $95.

Click through the slideshow to view the full collection: