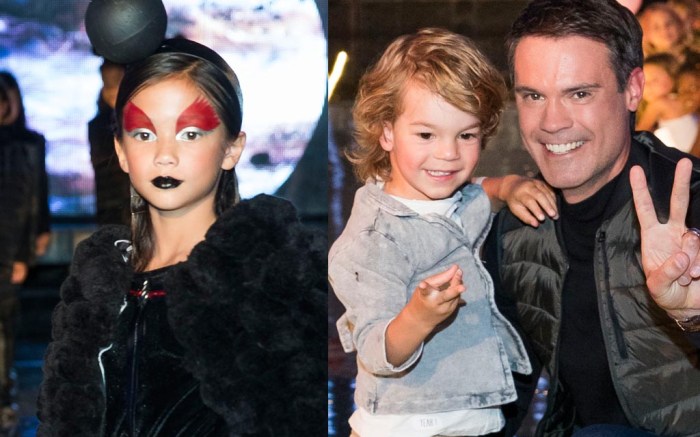 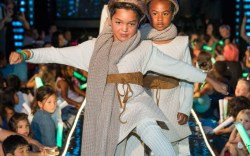 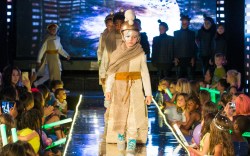 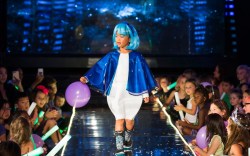 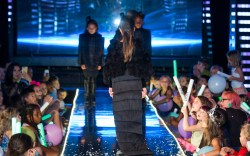 San Francisco-based lifestyle brand Plae held a fashion show that was out of this world.

The children’s footwear label debuted its first adult line along with presenting its fall ’17 interstellar-themed kids’ collection on Saturday.

Some of the styles that hit the runway included slick details inspired by the cosmos, including reflective suede and artsy galaxylike waves. Color palettes incorporated plenty of black with bursts of starry and bright neon hues. Outsoles also featured bold, whimsical patterns and color treatments.

Many of the youngsters who modeled the new wares embraced the theme from head to toe, wearing edgy outfits that had metallic, PVC and glittery materials.

Plae’s adult collection will be available in the fall.

Click through the gallery to see more of Plae’s fall ’17 styles from the runway.