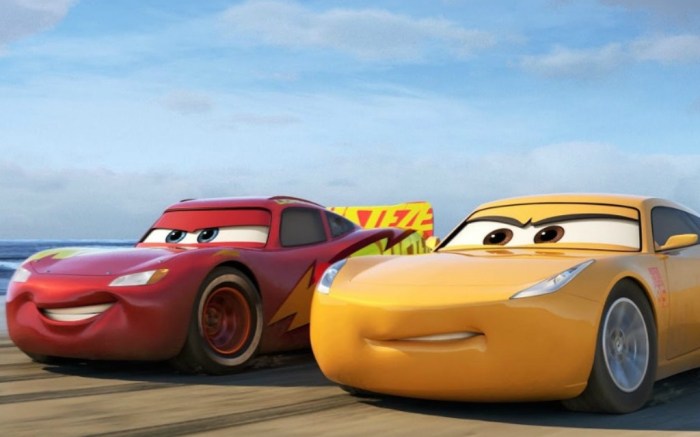 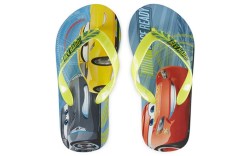 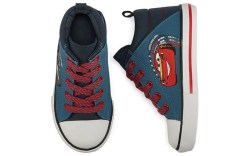 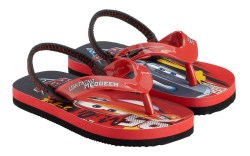 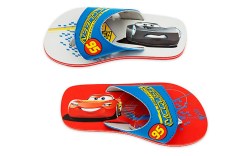 Featuring the voice talents of Owen Wilson, Nathan Fillion, Kerry Washington and Armie Hammer, the latest installment of the blockbuster film franchise follows legendary race car Lightning McQueen as he finds himself pushed out of the sport he loves by a new generation of faster, tech-savvy cars. Hoping to get back in the game, Lightning seeks the help of Cruz Ramirez, a young race trainer and technician (voiced by comedian Cristela Alonzo) who has her own dreams of winning on the track.

To celebrate the return of the “Cars” movie crew, we’ve rounded up some of the kids’ market’s coolest licensed shoes. Not surprisingly, many of the styles pay tribute to the movie’s much-loved hero, Lightning, but new characters such as Jackson Storm also make an appearance. The shoes are loaded with fun details such as lights and slick graphic treatments that bring the animated cars to life. From sneakers to sandals, these colorful looks will get kids into the racing spirit.

Stride Rite gets into the “Cars” groove with a sporty leather and mesh sneaker that lights up as kids walk. The shoe’s bottom features a cool tread pattern inspired by a racetrack.

Athletic giant New Balance recently unveiled a limited-edition “Cars 3” collaboration for both men and boys. The kids’ offering includes both Velcro-strap and lace-up versions of the Vazee Rush v2 Disney running shoe. Inspired by Lightning McQueen, the sneaker — which also is available in red and a gray and blue color combo — is detailed with a checkered pattern around the ankle and a flame graphic along the outsole.

Crocs showcases one of the newest “Cars” characters, Cruz, on this pink clog, which features lighted technology and a heel strap for a more secure fit.

To see the rest of our “Cars” shoe picks, click through the gallery here: