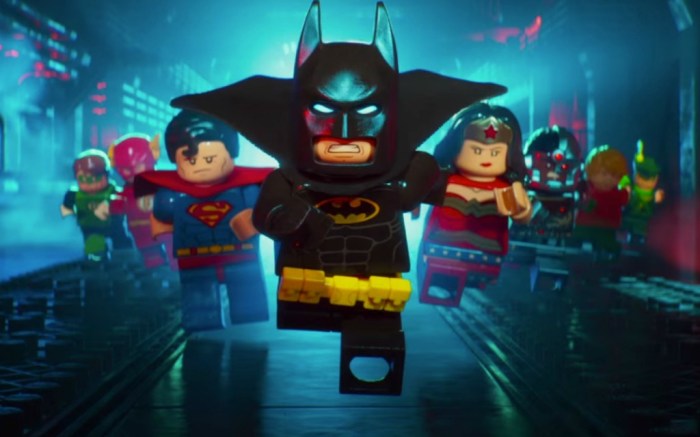 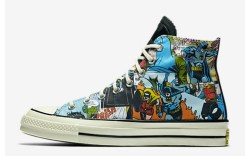 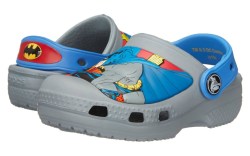 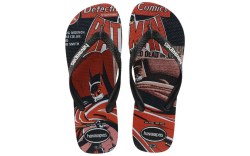 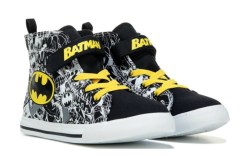 Batman is making a triumphant return to the big screen today in “The Lego Batman Movie” from Warner Bros. Featuring the voice talents of Will Arnett, Michael Cera, Rosario Dawson and Zach Galifianakis, the 3D-animated adventure gives Gotham City the Lego treatment. The film follows the iconic DC Comics character as he goes on a personal journey to find himself and learn the importance of teamwork and friendship in the hopes of thwarting The Joker’s quest to take over the city.

To help fans get into the superhero spirit, we’ve rounded up some of the market’s best Batman shoes, from sneakers to flip-flops. While most are targeted to kids, there are a few styles for grownups, too.

Converse put a fresh spin on its classic Chuck Taylor All Star hightop with vivid character graphics and small bat icons printed on the laces.

In celebration of the 30th anniversary of the original Batman comic book by Frank Miller, Converse also created two limited-edition adult hightops: a canvas version featuring vintage comic-book art and a black leather version with an embossed Batman logo. Both styles are available now on the brand’s website.

For toddlers, Stride Rite serves up a sleek sneaker, detailed with mesh accents, a wing-shaped Velcro strap and lights in the sole.

Western Chief created a fun rainboot decorated with wraparound images of the superhero in action. The best part? A small black cape adorns the back of the boot.

Havaianas has a pair of men’s flip-flops featuring comic-book-style graphics of the Caped Crusader. To make it a family affair, the Brazilian brand also has Batman-themed sandals for kids and babies.

To see all of our bat-tastic shoe looks, click through our gallery here.