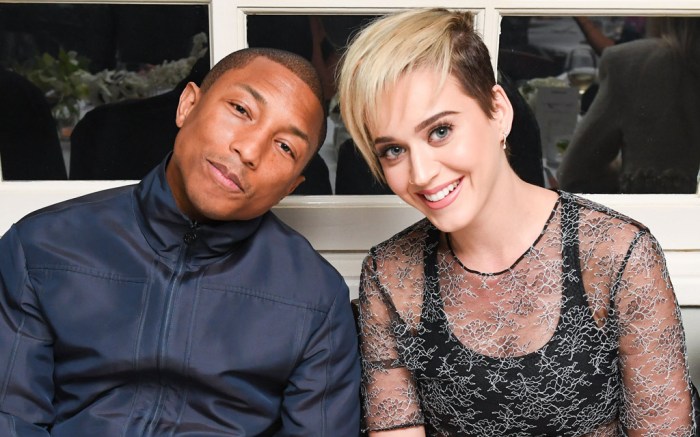 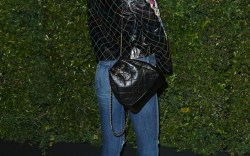 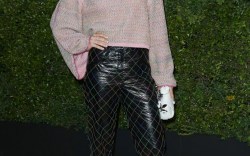 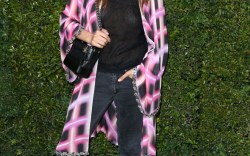 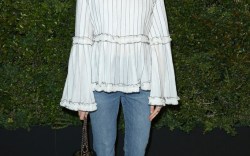 Pharrell Williams turned out to celebrate the launch of Chanel’s new Gabrielle handbag style in Los Angeles on Thursday.

Williams, who has appeared in ads for the French label, wore what appeared to be a Chanel denim tracksuit with unreleased Adidas Hu NMD sneakers. We’re not sure whether this pair of Williams’ shoe with Adidas will ever be released, but they could be a one-off.

Williams posted a video of the sneakers on his Instagram with a caption that included a birthday cake emoji, indicating that the sneakers may have been a birthday gift from Adidas celebrating Williams’ 44th birthday on April 5. Plus, the multicolored letters could be paying homage to colorful birthday candles.

At the party, Williams hung out with Katy Perry, who was also wearing a Chanel look.