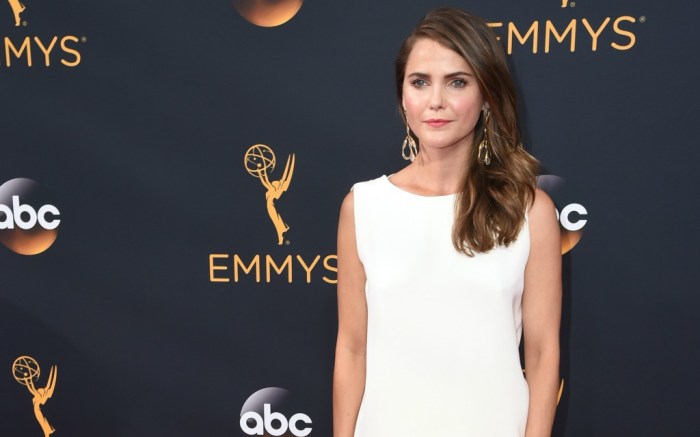 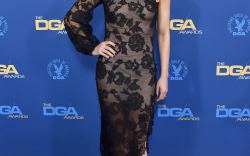 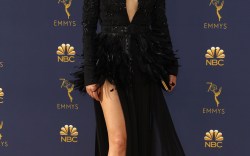 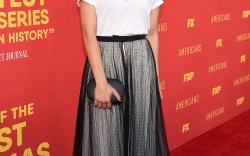 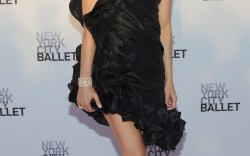 Keri Russell is nominated for a best actress Golden Globe for her gripping performance in the FX spy drama “The Americans.”

While we all wait to see what she and Hollywood’s other top TV and film stars wear to the big awards show on Sunday, we thought we’d take a look back at some of Russell’s standout red-carpet shoe moments.

The 40-year-old actress is quite a fan of Giuseppe Zanotti, wearing the Italian designer’s decadent heels to numerous premieres and events. At last year’s Tony Awards, she set off her striking, crimson-colored Monique Lhuillier gown with a pair of Zanotti’s glittery silver sandals, which perfectly complemented the gown’s silver shoulder and sleeve embellishments.

Several months later at the 2016 Emmy Awards, where she was also nominated for “The Americans,” Russell paired her gorgeous, flowing Stéphane Rolland dress with Zanotti’s Coline sandals in a sleek gold shade.

Another footwear favorite for the actress is Gianvito Rossi. The former “Felicity” star has been spotted in the Milan-based label’s elegant evening sandals and pumps at several events, including a striking zebra-print style at the 2014 FX Networks Upfronts.

Christian Louboutin is also in her rotation. During an appearance at the 2015 Fox Winter TCA All-Star Party, she accessorized her simple black jumpsuit with the French label’s white-and-black Confusa Kid pumps.

While Russell seems to favor more understated looks overall, she does like to kick things up a notch from time to time. Last March, at the Season 4 premiere of “The Americans,” she rocked a killer pair of towering, cherry-red leather platform shoes by Gucci, despite being heavily pregnant with her third child — talk about fashion dedication.

To see more of Russell’s stylish red-carpet statements, click through the gallery here.