Joe Jonas and Sophie Turner Are Engaged: A Look at Their Matching Shoe Style 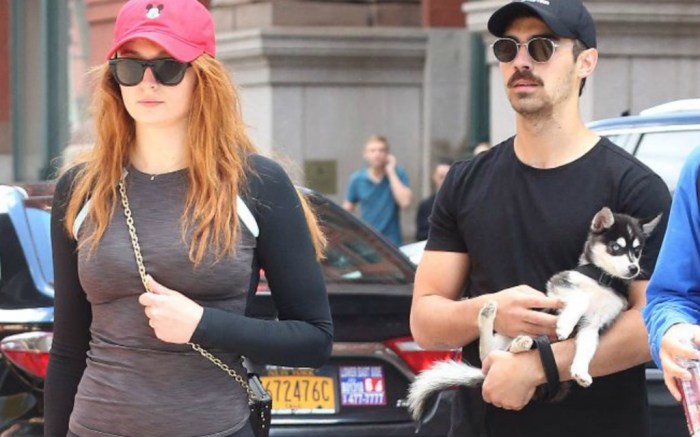 Both shared a simple shot of the “Game of Thrones” actress’s hand resting on top of the singer’s, showing off a beautiful ring against their black clothing.

It’s reflective in their Instagram posts that matching comes easily for this couple. That said, let’s look at times the pair stepped out in similar styles.

Last month, the duo stepped out in matching black leggings and trainers for a gym session in New York. While Joe (puppy in arms) sported Under Armour kicks, the “Game of Thrones” actress opted for Nikes. Sophie’s red Mickey Mouse hat matching her man’s shorts pulled their look together.

Joe Jonas and Sofie Turner out and about in New York. Over the summer, the inseparable pair were spotted in Venice, Calif., wearing matching Stan Smith sneakers.