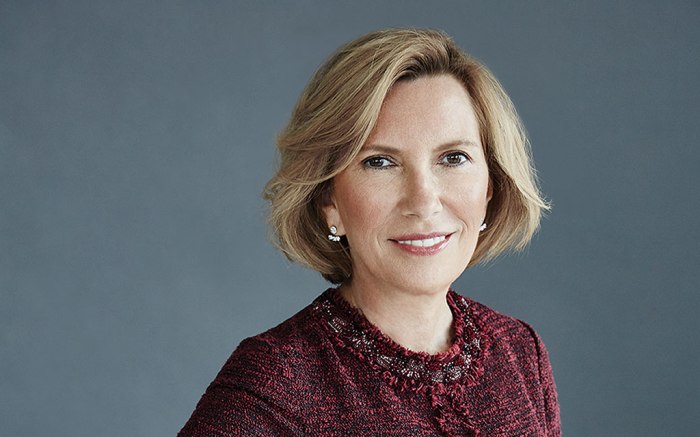 As a teenager growing up in Springfield, Mass., Liz Rodbell dreamed of running her own clothing store. That modest ambition ultimately became a much grander reality; some 40 years later, Rodbell leads one of retail’s oldest and most venerated nameplates, Lord & Taylor.

“Fashion has always been my passion. I’ve always believed that when you look good, you feel even better,” said the executive, who was inducted into the Hall of Fame at the 2017 Footwear News Achievement Awards Tuesday night.

A summer job at the age of 16, selling footwear at Springfield’s Forbes & Wallace department store, gave Rodbell her first window into the colorful world of retail — and she was hooked. “Surrounded by shoes, I fell in love with the business. It opened up a new universe, showing me the possibilities of making this my career.”

Rodbell enrolled at New York’s Wood Tobé-Coburn college, where she earned a degree in merchandising. She then landed in the executive training program at Abraham & Straus before being recruited by Lord & Taylor in 1985 to serve as a dress buyer.

“Once I arrived, I never looked back. It was such an exciting place to be, offering me incredible opportunities for personal growth,” said Rodbell, who was named president in 2012, overseeing 50 store locations.

In a time of great change — particularly for department stores — Rodbell has guided Lord & Taylor with a steady hand, aiming to position the 191-year-old retailer for the future.

“Liz has dedicated her career to evolving Lord & Taylor,” said Richard Baker, governor, executive chairman and interim CEO of parent firm Hudson’s Bay Co. “She consistently brings her passion for product, service and experience to everything she does.”

Most recently, Rodbell has focused on engineering the store’s omnichannel strategy and delivering unique merchandise and experiences to her customers. “We’re always thinking about how we can differentiate ourselves and stay fresh and relevant,” she said.

Among many other successes, Rodbell is widely credited with building shoes into a pillar category for Lord & Taylor. Longtime brand partner Sam Edelman lauded Rodbell’s influence on the store’s shoe floor. “It’s one of the best presentations of footwear anywhere,” he said. “Liz has an innate understanding of what’s selling and what’s going to sell.”

Steve Madden echoed Edelman’s sentiments. “Liz acts like a buyer, not a president of a store. She listens, she returns phone calls, she is open to new thoughts and ideas. She’s incredibly down-to-earth, which is refreshing.”

What stands out for Kenneth Cole is Rodbell’s attention to serving the customer. “Liz is always focused on their experience. She is a passionate merchant who is able to put herself in her customers’ shoes,” he said. “She’s also not afraid to take chances and put herself out there, and Lord & Taylor has benefited greatly from that.”

As Rodbell nears her 33rd year with the firm, she is as energized as ever: “I just love this industry. It’s ever changing, and I embrace that. I wake up every day excited and motivated to learn.”

See guests on the red carpet at the 2017 FNAAs.