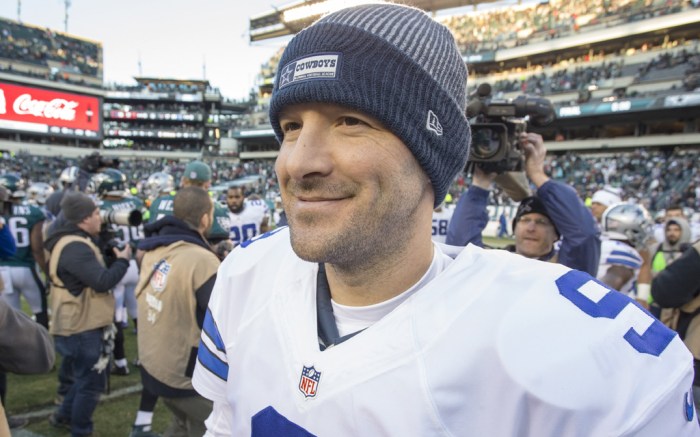 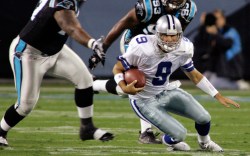 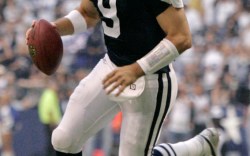 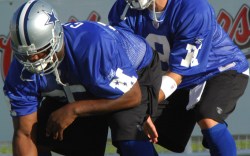 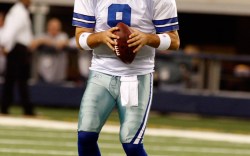 Tony Romo is walking away from football.

Multiple reports today have stated the beloved Dallas Cowboys quarterback will give broadcasting a go rather than playing for a new NFL team. After suffering an injury in the 2016 NFL preseason, Romo was replaced as the team’s starter by rookie Dak Prescott, who led Dallas to a 13-3 record, winning the NFC East and securing a playoff berth.

Romo, who signed with the Cowboys as a free agent in 2003 after not being selected in the NFL Draft, ends his professional football career with 34,183 passing yards and 248 touchdowns. His career totals in the two categories are the best in Dallas’ history, beating franchise legend Troy Aikman, who ended his run with the team with 32,942 yards and 165 TDs.

Throughout his career, Romo laced up cleats w from several athletic-gear standouts, including Nike, Reebok, Starter and Under Armour.

With the football great retiring, Footwear News looks back at Romo’s top cleat moments. Click through the slideshow below to see what he accomplished while wearing a Dallas Cowboys uniform.

Why Athletic Brands Should Sponsor These 4 NFL Rookies