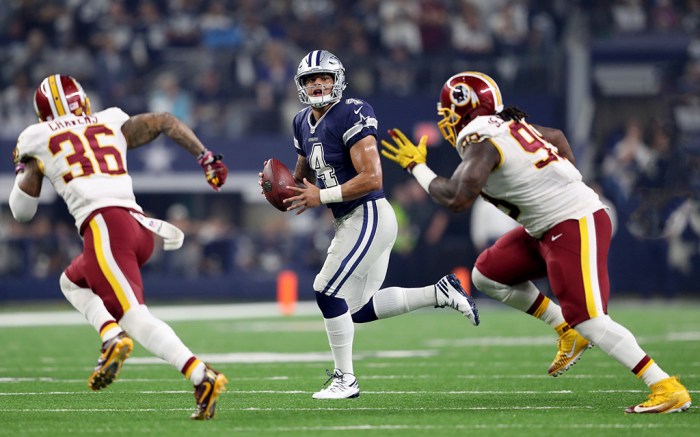 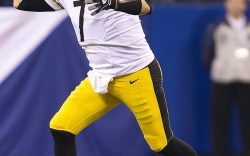 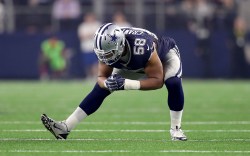 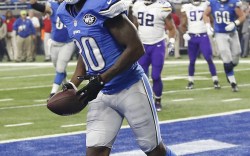 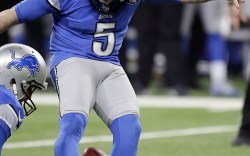 This year, the Detroit Lions will take on the Minnesota Vikings; the Dallas Cowboys will face the Los Angeles Chargers; and the Washington Redskins will play the New York Giants.

With the games still two days away, Footwear News took a look back at last year’s matchups — some of the best football played on the holiday in years — and the cleats worn by the winning teams.

Last season the Lions and Vikings faced off; the Redskins and Cowboys competed; and the Indianapolis Colts were beat down at home by the Pittsburgh Steelers.

The 2016 action was highlighted by a thrilling 16-13 Lions upset over the Vikings, with Matt Prater nailing a 40-yard field goal to give Detroit the lead as game time expired. And then-rookies Dak Prescott and Ezekiel Elliott also delivered great performances, leading Dallas to a close win over Washington.

Many of the players on the winning teams laced up Nike cleats (and turf sneakers) for game day, and Adidas also made an appearance on one of the sport’s brightest young stars.

Click through the slideshow below to see winning Thanksgiving Day football cleat looks.