One Athletic Brand Is Dominating at the 2017 French Open 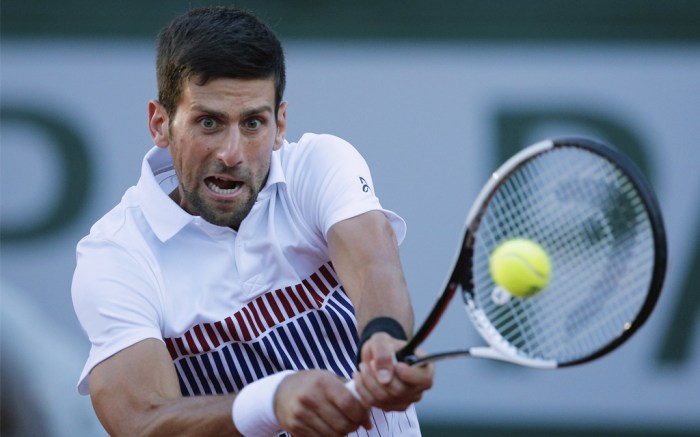 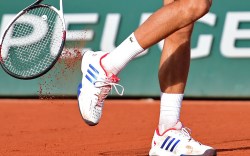 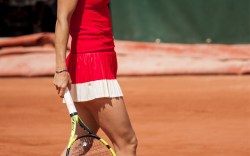 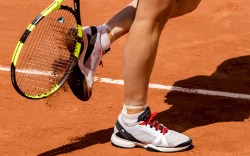 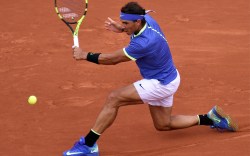 We have a winner.

While today’s quarterfinal matches were halted at Roland-Garros due to rain showers, one athletic competitor is clearly dominating at the 2017 French Open. Hint: It’s the one with the three stripes.

Out of the 16 tennis pros competing in the men’s and women’s singles quarterfinals this week, seven are wearing Adidas sneakers and gear on the court. The runner-up is Nike, with three sponsored players. The following brands each have one representative on the board: Asics, Fila, Under Armour, Yonex, Joma and Li-Ning.

Check out the gallery to see what the pros are wearing.

In today’s matches, Adidas-sponsored athletes Caroline Wozniacki and Jelena Ostapenko faced off against each other (with Ostapenko claiming victory), while Adidas’ Kristina Mladenovic fell to Asics’ Timea Bacsinszky.

During tomorrow’s schedule, which is extra jam-packed due to a couple of rescheduled men’s matches, a number of Adidas athletes will be making an appearance, including Kei Nishikori and Simona Halep, as well as Dominic Thiem and Novak Djokovic, who will face each other. Last month, No. 2-ranked Djokovic signed on as a brand ambassador for Lacoste and has been wearing its apparel in competition, but for footwear he continues to sport his signature Adidas Novak Pro sneakers.

In recent years, Adidas and Nike have been going head-to-head in the tennis space. Both are top-selling brands in the marketplace, and both have a strong roster of athletes.

Aiding Adidas’ cause now, though, is the fact that Nike’s two top athletes are absent from the French tournament. Roger Federer announced in May that he would skip the clay-court event, and Serena Williams is sitting out the season while she prepares to welcome her first child with Alexis Ohanian. Additionally, Nike’s Maria Sharapova, who is trying to stage a comeback, was denied a wild card to the Open.

However, the Swoosh still has Rafael Nadal in the mix, and the nine-time French Open victor is certainly looking to claim that 10th title.

Check out all the sneakers at Roland-Garros here.

What Serena Williams Wore to Watch the French Open

Maria Sharapova Talks About Her Return to Tennis After Doping Scandal

Shop the Styles of Federer, Nadal and Other Best Men’s Shoes of the Australian Open