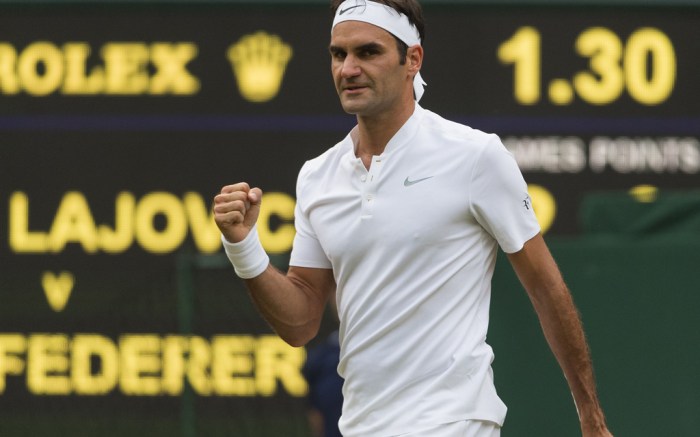 Roger Federer is back after sitting out the French Open.

The 35-year-old tennis star won the Australian Open earlier this year, but chose not to play the clay courts of the French Open to focus on training his best surface: grass. Federer is already through to the third round of Wimbledon, and this year he’s aiming to win his eighth Wimbledon title. He beat Dusan Lajovic 7-6(0), 6-3, 6-2 today on Centre Court.

The 18-time Grand Slam champ, a Nike-sponsored athlete, often commemorates the number of titles he’s won at a tournament on his shoes. In 2016 he wore Nike shoes featuring the London skyline and the number 7. This year, he’s wearing a similar pair that’s all-white aside from the bright red lining — also with the number 7. U.K. native Andy Murray won the Wimbledon title in 2016.

Federer will next play Mischa Zverev on Saturday.

What Serena Williams Wore to Watch the French Open