How to Get the New Reebok Alien Stompers Double Pack 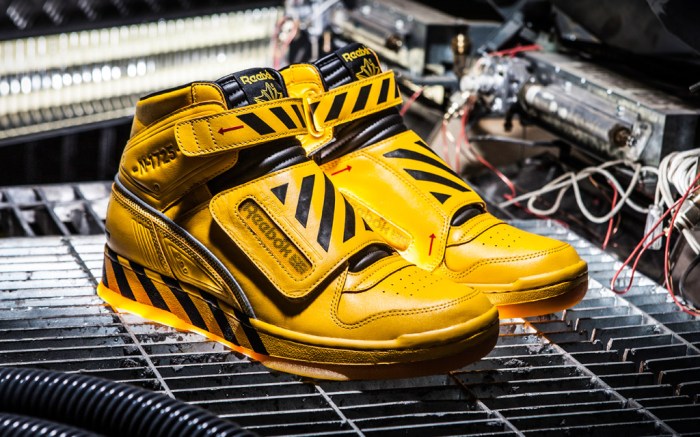 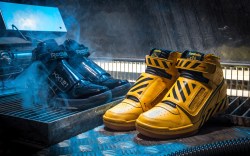 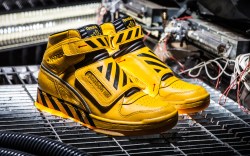 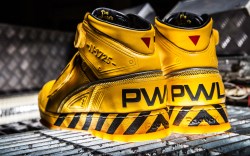 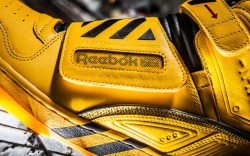 One of the most intense battle scenes in sci-fi cinema has been paid tribute to by Reebok in the form of two slick new kicks inspired by “Aliens,” the sequel to director Ridley Scott’s hit 1979 flick.

The climactic duel of the 1986 follow-up features Ellen Ripley (Sigourney Weaver, reprising her role) facing off against the Xenomorph Queen — and both heroine and villain get their due in Reebok’s “Alien Stomper Final Battle” pack, dropping on July 18, 31 years to the day after the film’s release. The shoes will be available in unisex sizing for $325.

Sneakerheads in New York City can register in advance of the July release at the Union Square Reebok FitHub, while consumers elsewhere can sign up to receive updates on Reebok.com.

The double-pack collectible set includes the “Queen” Alien Stomper, whose high-sheen black patent leather takes inspiration from the glossy finish of the Xenomorph exoskeleton. A green glow incorporated under a translucent midsole resembles the alien Queen’s corrosive blood. The forefront strap is embroidered with “XX121,” the code name assigned to the extraterrestrial in the film.

Other details include a debossed “PWL” heel graphic, IDs for the cargo suit’s serial number, P-5000, and mesh panels over the Reebok branding. Quilting on the tongue and insoles adds a sleek touch that fanboys will embrace, as it nods to the canopy that protects Ripley during the grand finale.

The shoes also include dramatic boxes with plenty of references to the hit film.