NikeLab Designer on What It’s Like Collaborating With Riccardo Tisci 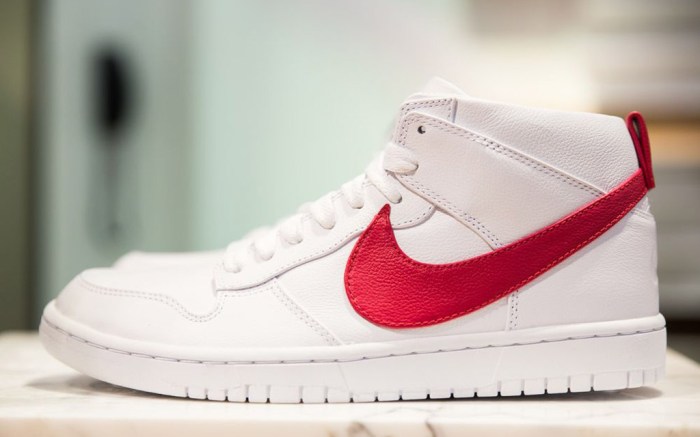 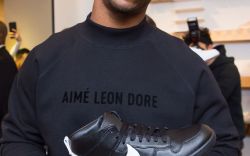 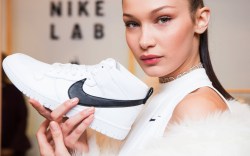 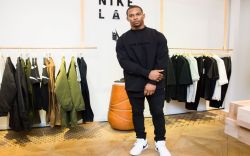 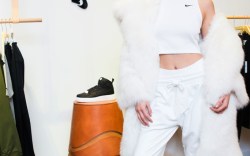 On Thursday night, the sneaker and fashion worlds converged at Bergdorf Goodman Men’s in New York to fete the opening of the store’s NikeLab pop-up.

On hand to mark the occasion were Nike partners Bella Hadid and Victor Cruz, as well as the Bergdorf team, including Joshua Schulman, Linda Fargo and men’s fashion director Bruce Pask.

The pop-up, which will open this week, was designed by the Nike and Bergdorf teams with an eye toward fine craftsmanship. For instance, the central table was made using wood sourced locally in Portland, Ore. And the merchandise includes some of the best apparel and footwear from the athletic brand’s designer collaborations.

Among the standout items are shoes from Nike’s Acronym collab and the new Dunk Lux Chukka x RT sneakers, crafted in partnership with designer Riccardo Tisci.

Nate Jobe, the head of special projects for NikeLab, told Footwear News that the sneakers feature some of the same elements as the recently released Dunk Lux High (including an oversized Swoosh) but in a lower cut inspired by Tisci’s love for skate culture.

“Back in the day, some skaters would take a high-top and cut it off in the middle. Some have done it with Nike shoes and Jordans. That was [Riccardo’s] idea to do it with the Dunk,” said Jobe.

He added that working with Tisci is a true collaboration, although not always easy to pull off. “He’s a very busy guy so we try to meet him between things,” said Jobe. “I think with his schedule there are like seven days out of the year we can meet with him.“

But when the teams do come together, it is a merging of technical and design expertise. “I’ll show him everything we’re geeking out over [at Nike] and then he’ll come up with his own ideas and then we’ll figure out how we put it together. It’s a collaborative effort, going back and forth,” said Jobe. “Riccardo is very specific, especially when it comes to icons — new product is a different story — but he’s very specific on icons. He’ll come up with an idea or some kind of storytelling experience.“

Bergdorf’s Pask noted that Nike’s strong design connections were a key factor in the decision to create the pop-up space.

“We’ve always admired where Nike intersects with fashion and performance. And it seemed like our customer is certainly interested in that design-mindedness and that take on lifestyle,” he said. “It felt like a great opportunity for us to open this pop-up. Nike is driving fashion, and they inspire such fervor among fans.”

To view a gallery of the event, click through the gallery.