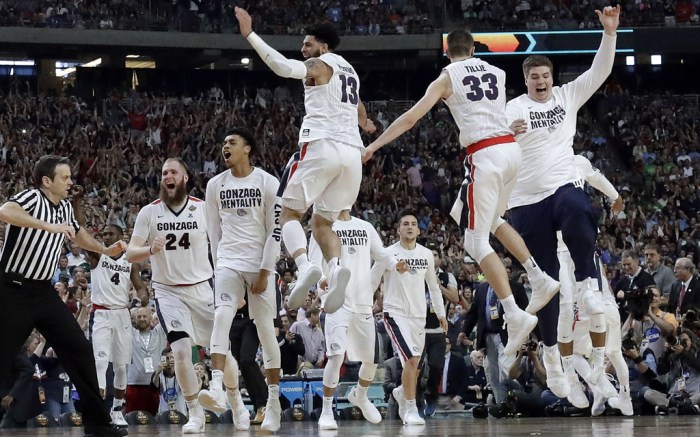 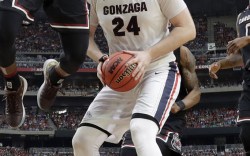 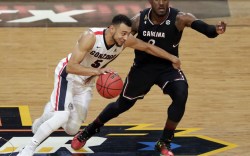 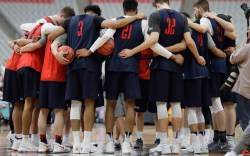 Nike owns Jordan Brand, so the two labels aren’t exactly competitors. But when Gonzaga and North Carolina tip-off tonight for the men’s college basketball title, only the Swoosh or the Jumpman will remain on the court to celebrate a win.

The Nike-sponsored Gonzaga Bulldogs will face the North Carolina Tar Heels, outfitted by Jordan Brand, at 9:20 p.m. ET from the University of Phoenix Stadium in Glendale, Ariz. North Carolina is largely favored by college basketball analysts and experts to defeat Gonzaga in the clash between No. 1 seeds, but by a slight margin. (Sportsline.com has the Tar Heels as the betting favorite, while oddsshark.com has the Bulldogs on top.)

Throughout March Madness, both Gonzaga and North Carolina have bested the competition in the best performance-based looks Nike and Jordan Brand have to offer, including team-specific colorways that have not, and likely will not, see retail shelves.

For North Carolina, the go-to looks include the latest Air Jordan XXXI, the CP3.X (NBA star Chris Paul’s shoe), the Super.Fly 5, and classics such as the Air Jordan 11.

Click through the slideshow to see some of the sneakers worn by the stars of men’s college basketball.