See the Runners’ Wild Costumes at the 2017 London Marathon 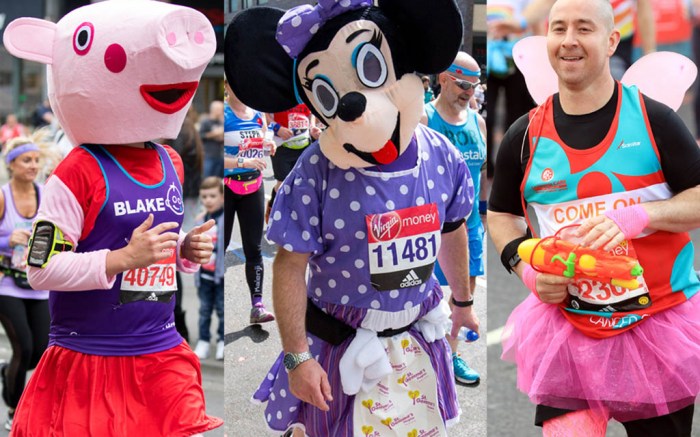 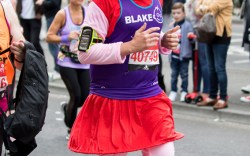 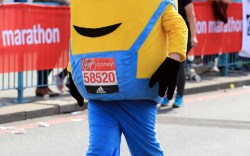 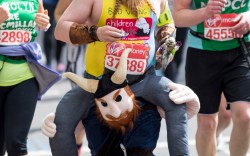 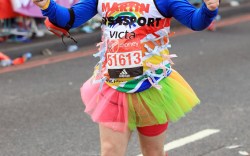 The royal trio was easy to spot in the crowd — and so were Minnie Mouse, RoboCop, Chewbacca, Olaf from “Frozen” and Spider-Man.

Costumes and quirky style statements made the 2017 London Marathon one to remember. Many of the participants donned Asics, Adidas, Saucony and Nike — the footwear Prince William and Prince Harry donned for their duties.

However, Adidas was the big winner of the race, with two of its athletes besting the competition in the sportswear brand’s running shoes.

Here, we look at some of the most striking styles of the 2017 London Marathon.

Sure, Spider-Man could web-sling his way to victory, but that wouldn’t be fair. Instead, he hit the ground in Asics.

This camel, named Humphrey — because of course — wisely opted to cover its feet with Asics.

Minnie Mouse costumes like this one aren’t hard to find in Times Square or on Hollywood Boulevard, but what’s different here is that she’s wearing Asics and has hair on her arms.

The first rule of sport is to intimidate the competition, and this runner donned a colossal lion’s head teamed with New Balance sneakers.

Click through the gallery to see Chewbacca, the Minions and more wild costumes from the 2017 London Marathon.