Cavaliers Win: The Sneakers of the 2017 NBA Eastern Conference Champions 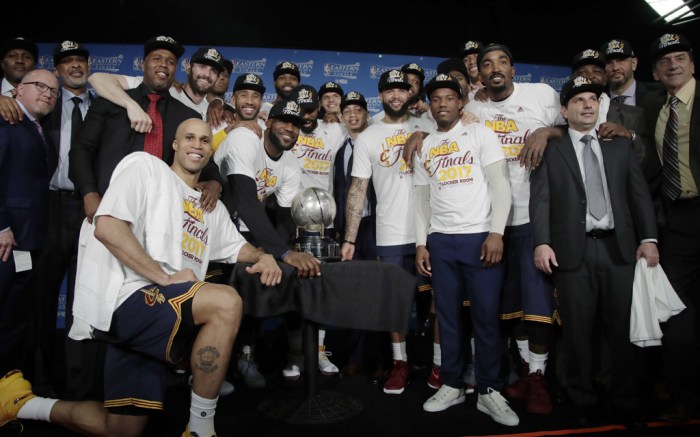 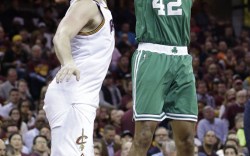 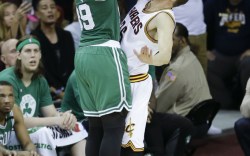 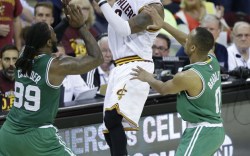 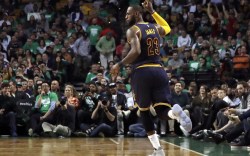 It wasn’t a sweep, but the Cleveland Cavaliers finished off the Boston Celtics in five games to become the 2017 NBA Eastern Conference Champions.

LeBron James, Kyrie Irving and the Cavaliers will now face Stephen Curry and the Golden State Warriors in the NBA Finals for the third straight season. The series between the two powerhouse squads is knotted at 1-1.

For the sneaker fan, the looks throughout the series were eye-catching, but there wasn’t much variety. Much of the team, both starters and players coming off the bench, wore the signature shoes of James and Irving. The team wore Nike styles including the LeBron 14 ($174.99 via Foot Locker), the Zoom LeBron Soldier 11 and the Kyrie 3 ($119.99 via Foot Locker).

Aside from James and Irving’s signature sneakers, other Nike styles made appearances, such as Kevin Love’s Hyperdunk 2016.

The Cavaliers will start the series on the road at Oracle Arena in Oakland, Calif., on June 1. Tipoff is set for 9 p.m. ET.

Click through the gallery below to see the sneakers that got Cleveland back to the NBA Finals.

Warriors Win: The Sneakers of the 2017 NBA Western Conference Champions