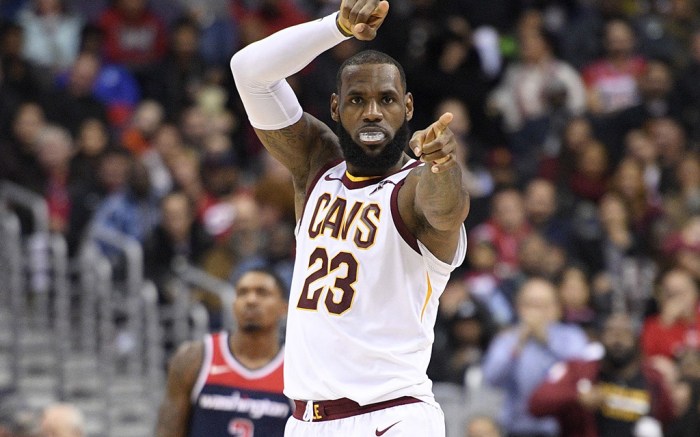 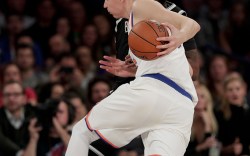 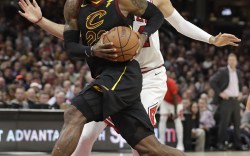 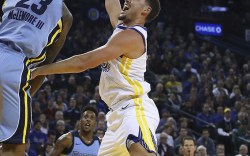 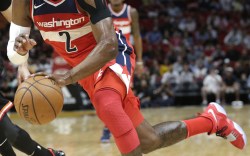 Opening gifts is great, and spending time with family is cool, but the best part of Christmas Day is all the NBA action.

This season, the league has five must-watch games on the schedule, starting with the Philadelphia 76ers traveling to New York to take on the Knicks at 12 p.m. ET. After the 76ers and Knicks tip off, LeBron James and the Cleveland Cavaliers will hit the road to face Kevin Durant and the Golden State Warriors at the Oracle Arena in Oakland, Calif. Game time is set for 3 p.m.ET.

The remaining games on the schedule include the Boston Celtics hosting the Washington Wizards at 5:30 p.m. ET, the Houston Rockets visiting the Oklahoma City Thunder at 8 p.m., and the Minnesota Timberwolves traveling to Los Angeles to face the Lakers at 10:30 p.m. ET.

And what all this basketball action means for the sneaker fanatic is lots of sneakers, most likely Christmas-themed looks, from today’s top brands to check out.

Stars of the hardwood including James, Durant, Kyrie Irving, James Harden and more will be rocking their signature looks, while players such as Karl-Anthony Towns, Ben Simmons and Kristaps Porzingis will be wearing inline team product.

Click through the gallery below to see some of the basketball sneakers the players have worn throughout the season that will likely be on the court on Christmas Day.