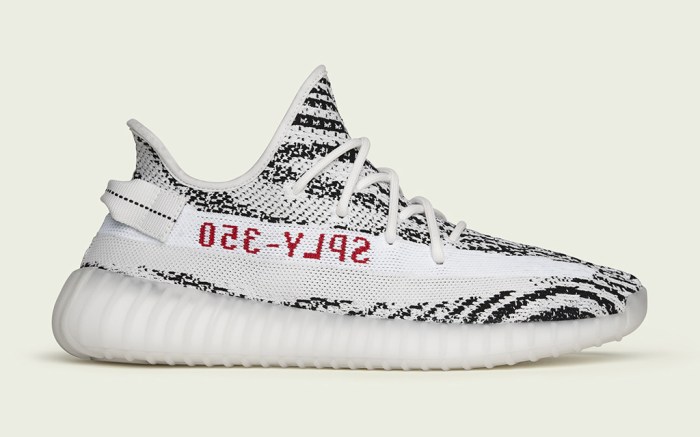 One of Kanye West’s rarest Adidas Yeezy Boost designs could soon be making its way back to retail.

The “Zebra” Yeezy Boost 350 V2, which first released on February 25, is expected to rerelease this month with reportedly wider availability than before. The white, black and red Adidas Primeknit design is one of West’s most sought-after Yeezy Boosts yet, with resell prices consistently averaging over $1,000 a pair.

After releasing in February exclusively from adidas.com, the Adidas Confirmed app and West’s own Yeezy Supply e-commerce site, the “Zebra” look is now rumored to rerelease on June 24. Information provided by @theyeezymafia shows what’s said to be a Champs Sports release calendar confirming the wider launch.

YEEZY BOOST 350 V2 "Zebra"
24th June
CHAMPS SPORTS Calendar
Release at most retailers including footsites in the US 📉 #MafiaSZN pic.twitter.com/QSOGAYyQR2

The June 24 rerelease is also expected to drop again on adidas.com the Adidas Confirmed app, as well as the e-commerce sites of retailers such as Eastbay, Foot Locker and Footaction.

West’s most recent footwear output was a second launch of his Calabasas x Adidas Yeezy Powerphase sneakers, which means that a rerelease of one of his coveted collaborations isn’t unprecedented. FN will update on this release as more details become available.