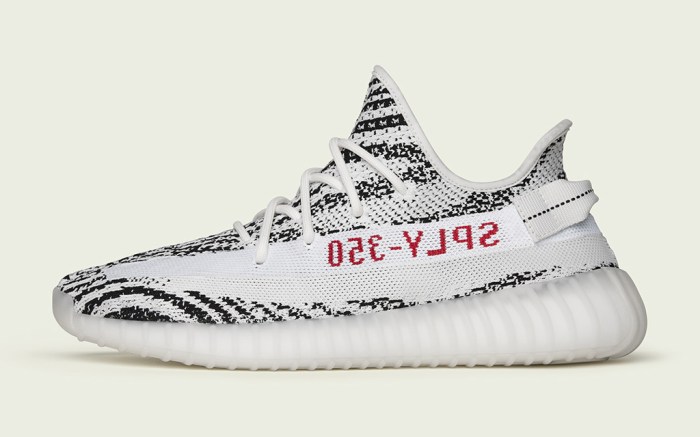 Today, Adidas confirmed that the coveted Kanye West design is getting a second drop on June 24. The “Zebra” style — which is officially color coded “White/Core Black/Red” — was originally released in February with highly limited availability, launching exclusively via Adidas online, the Adidas Confirmed app and West’s own Yeezy Supply e-commerce site.

This time around, things will be a bit different. The “Zebra” pairs will see a much wider launch globally, with availability outside of Adidas-specific doors. Stockers of the June 24 drop include select Adidas Consortium and Originals retailers, and a full list can be found here.

With a retail price of $220, the limited supply thus far has caused the “Zebra” Yeezy Boost to regularly resell for over $1,000. However, the upcoming wider release could result in the aftermarket value plummeting considerably.

In addition to the merchants confirmed on Adidas’ official store finder, U.S. retailers including Champs Sports, Finish Line and Foot Locker have confirmed they’ll be releasing the shoes on June 24.