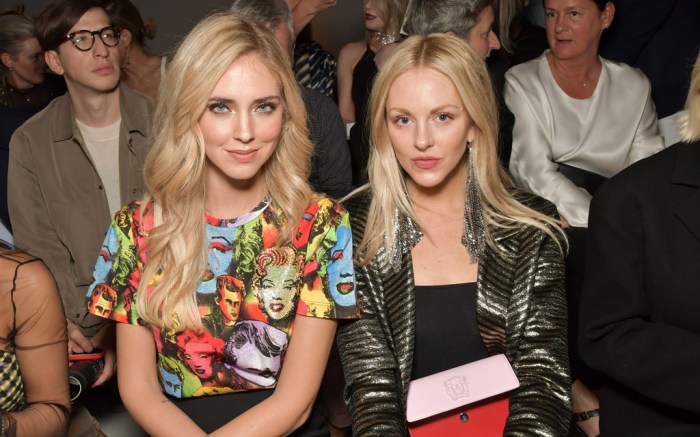 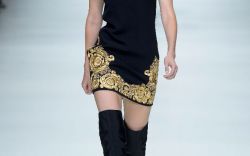 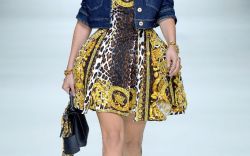 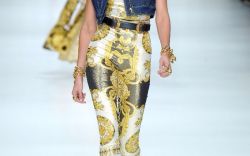 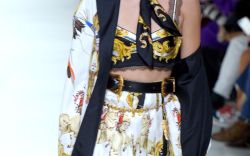 While all of the biggest models walked this year’s Versace show — including Gigi and Bella Hadid and Kaia Gerber  — the front row brought together lots of A-listers, as well.

Also in attendance was Kardashian family matriarch Kris Jenner, whose daughter Kendall walked in the show. Jenner wore a long black dress with sequined detailing and black sunglasses as she sat alongside race car driver Lewis Hamilton, who wore a tan sweater and leather red pants that called to mind racing gear.

“Revenge” actress Amber Valletta made an appearance as well. She came in a sleveless black suitdress with a low neckline, wearing minimal jewelry and her long blonde locks in a chic updo.