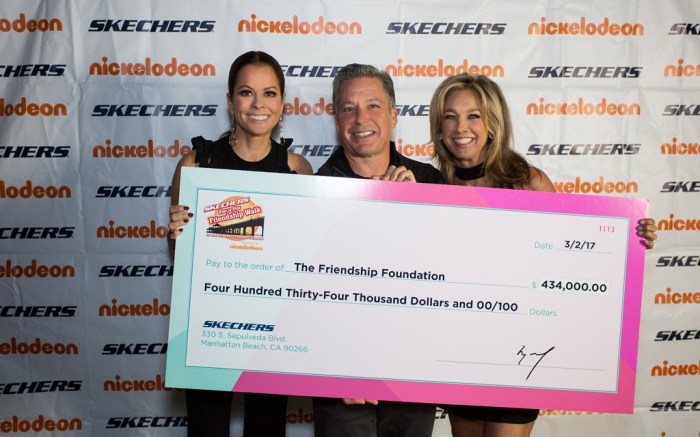 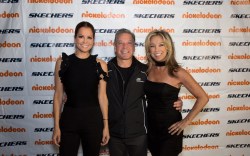 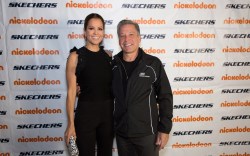 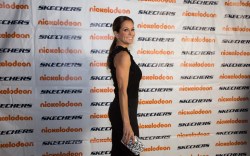 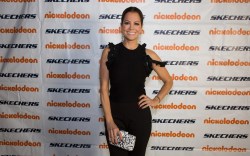 Skechers celebrated the record-breaking success of its eighth annual Pier to Pier Friendship Walk on Thursday with a check presentation ceremony of the $1.6 million raised to support children with special needs and educational programs.

Brand ambassadors Brooke Burke-Charvet and Denise Austin joined Skechers president Michael Greenberg and others at the event, held at Shade Hotel in Redondo Beach, Calif., where they highlighted the impact the program has had on the students around L.A.’s South Bay area.

The funds benefit six education foundations ($914,000) and the Friendship Foundation ($434,000), an organization dedicated to facilitating meaningful relationships and friendships between teen volunteers and children with special needs through confidence-building activities.

Speaking before the crowd, Greenberg shared why the program takes on a special significance for him.

“When I was in elementary school in a suburb outside of Boston, there were children with special needs and they needed to go from class to class,” Greenberg began. “I don’t know if it was the vice principal, but someone came in and asked the children in the class who would volunteer to assist these kids getting to the next class, and of course, my hand went up and I did it — and I made a lot of great friendships.”

Greenberg joked that he didn’t do it to get out of class. “These kids were really invisible shadows in schools, especially when I was growing up mainstream students would walk by them. They would not be acknowledged and eye contact was minimal — I wouldn’t accept that,” he continued. “Today, the Friendship Foundation is spread out across South Bay in many, many schools. It’s very, very cool for mainstream students to be involved with children with special needs and there have been friendships formed like none other.”

The brand also announced that its Skechers Foundation will expand a scholarship program awarding $100,000 to high school students in need nationwide.