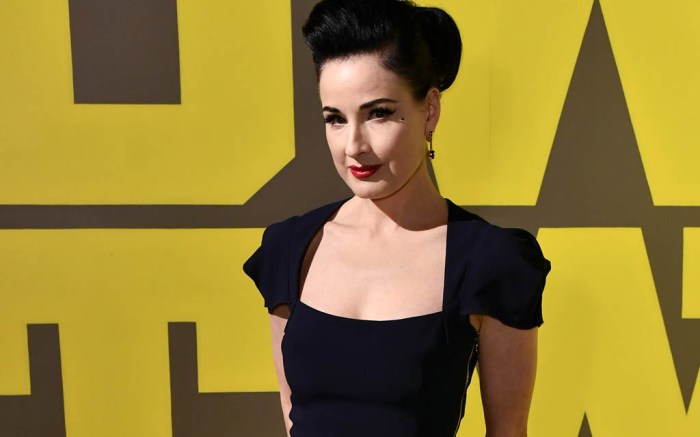 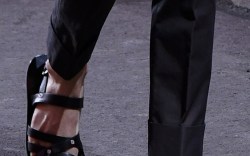 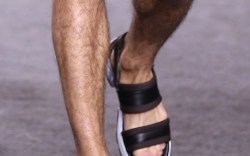 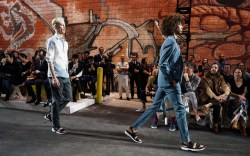 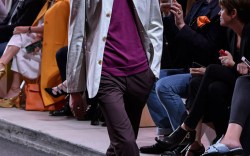 Hermes celebrated men — specifically, DWNTWNMEN — with an immersive presentation of its spring 2017 collection on Thursday in downtown Los Angeles.

Among the celebrity revelers, Dita Von Teese stomped out in a sleek style statement by her favorite man, Christian Louboutin.

The burlesque queen, who collaborated with Louboutin on sparkling shoes for her tour, rocked his Viveka leather peep-toe pumps. The shoes feature a sexy asymmetric slingback strap and 4-inch heel.

The exhibition included a runway show and interactive rooms designed by artist Anthony Burrill that celebrated the brand’s 180-year heritage.

Classic patterns from the Hermes cannon were repurposed in a utilitarian manner, as framed artwork or record players with tunes that played during past runway shows.

Click through gallery to see more from the runway.