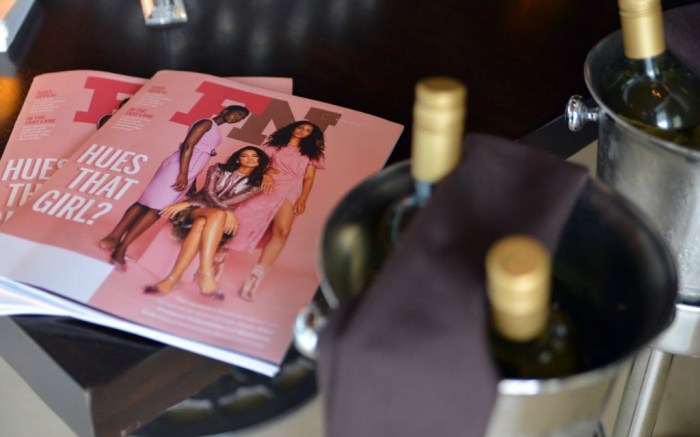 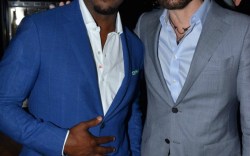 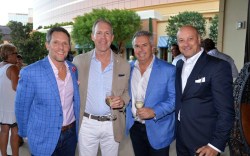 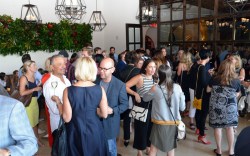 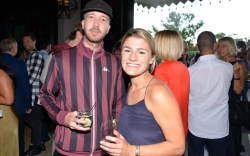 The cocktails and conversation flowed at FN’s cocktail party in Las Vegas on Tuesday night as old friends caught up on new ventures.

The event, sponsored by the Footwear Distributors and Retailers of America, FN Platform, NPD Group and Two Ten, drew top retailers, designers and the newest celebrity in the shoe game — Blair Underwood.

Underwood made the rounds to talk about his new Q by Blair Underwood footwear collection, a made-in-Italy line being produced in collaboration with Pasquale Fabrizio.

Some other big names have big news, too. Fred Mossler and Steve Hill, former top execs at Zappos.com, are ready to unwrap their new brand in the next few weeks — think upscale and après-ski.

Former trade show pro Chris DeMoulin is also back, helping to build a new brand called The Chelsea Boot Co. And the Snowden brothers are busy plotting plans for their trendy women’s launch called Jane and the Shoe.

Luxury designer Chloe Gosselin was also on the scene, and she revealed a few details about her upcoming spring collection, to be unveiled during Paris Fashion Week. It’s more diverse than ever, with flats a bigger focus.

To see more big names from the party, click through the gallery.

FN Platform’s Leslie Gallin on Key Highlights From the Show

Strategies That Win: How These Brands Are Understanding the New Consumer