The Craziest Shoes at the NYC Pride Parade 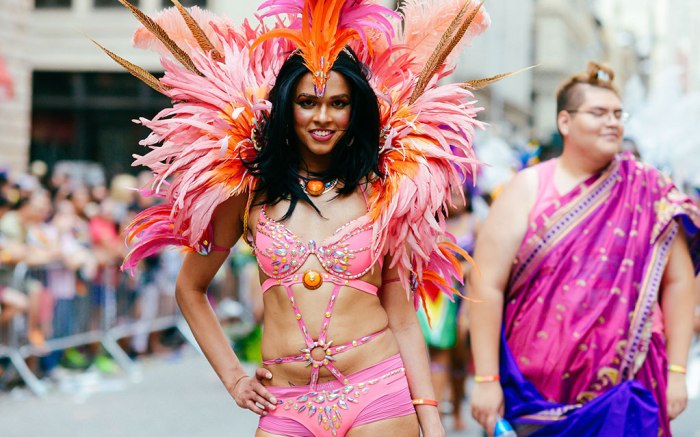 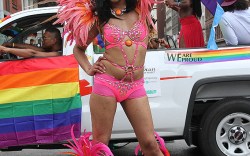 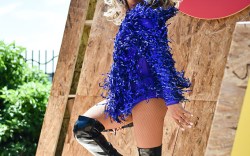 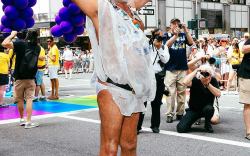 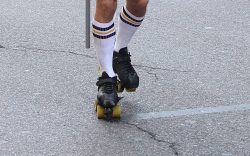 The 48th annual LGBT Pride March, more commonly know as the NYC Pride Parade, took over the streets of New York this weekend as thousands showed up in full force to support the cause. With the first march having been held in 1970 by nonprofit organization Heritage of Pride, the tradition has remained a colorful demonstration in which participants advocate for and bring awareness to the LGBTQ community. And just as the individuals and groups that join the event march down Fifth Avenue to show their pride, so do the crazy shoes they opt to wear for the festivities.

The Pride Parade brought vivid, eccentric footwear to the forefront. Many people dressed in quirky character costumes keeping in line with the lighthearted spirit of the march. One marcher went for a Spartan-turned-cowboy look in which he wore knee-high black gladiator boots featuring large metal buckles.

Another participant wowed in a mesh bodysuit and sky-high metallic platforms.

And while this marcher decided to do a dark goth style, she brought in plenty of color through her fuzzy rainbow boots.

See what more marchers wore by clicking through the gallery.