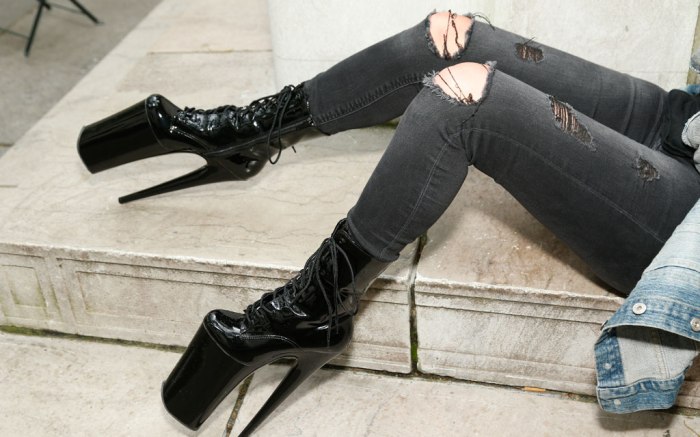 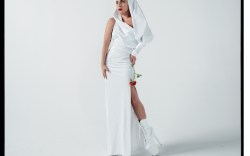 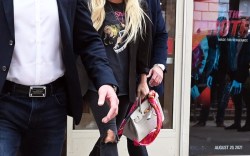 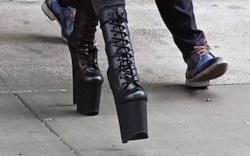 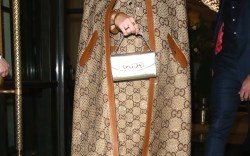 Lady Gaga. Between her crazy costumes, strong vocals and acting chops, it’s hard not to want to be her in some way. And since I can’t dance, sing or act, I looked to replicate her fashion style to fulfill my dream of being somewhat like Mother Monster.

The meat dress was out of the question because, just, no. Those Alexander McQueen Armadillo boots were a good thought, but seeing how Gaga received three pairs of the shoes for a total cost of $295,000, I decided to go a different route.

Then came the Pleaser USA, Inc. shoes. The “A-YO” singer has been seen in the 10-inch platform boots on multiple occasions, including the 2017 Grammy Awards and at the 2016 Met Gala. She, of course, made it look like she was walking on a cloud. And the shoes are surprisingly accessible, retailing for $130, so I decided to try a pair of the label’s Beyond 1020 style for the day because why not?

First, the patent-leather ankle boots came with a warning label: “Due to extreme heel height, the 9″ Infinity and 10″ Beyond shoes are strictly meant for show purposes.”

Stopping there, I thought, “There will be no show on my end except for a simple walk to New York’s Public Library or a casual elevator ride in my office.” The label continued to read, “These heels are intended to be used in a sitting or lying-down position, NOT for walking or dancing.”

Who follows rules, though? If Gaga could do it, so could I. And what I wish I had listened to instead was my conscious telling me to, “Girl, think again.”

The shoes are so tall, you feel like you’re standing on a building’s ledge, but I gave it a go, despite the fact that the warning label also said that I assume all risks and responsibility for any injury.

Making my way, by very short and slow shuffles (picture Bambi) to the library, I finally posted up on one of the statues to take some pictures. Because pics or it didn’t happen.

Honestly, guys, the shoes were fun, they made me super-tall and gave me an edge, they elongated my legs, and I felt like Gaga for a minute — partly because people were stopping to take photos as I absurdly posed in the 10-inch shoes. Plus, Pleaser has many different options and styles for those looking for a similar shoe with a smaller heel height.

So here you go, me giving the shoes a whirl. I’d recommend it while listening to “Bad Romance.” #noshame.

Now that you’ve seen me in the crazy platforms, see the real pro in the gallery below.