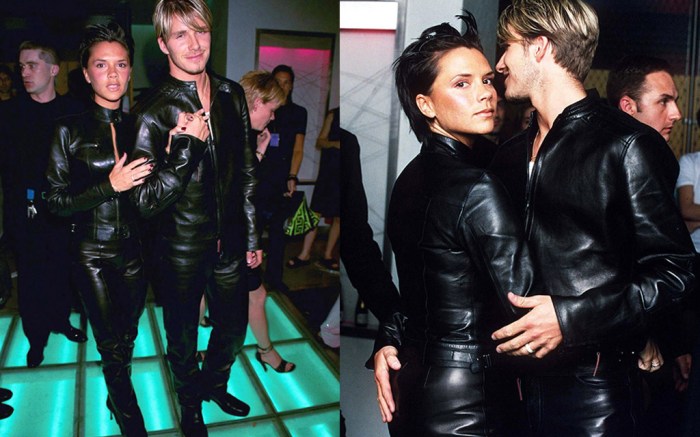 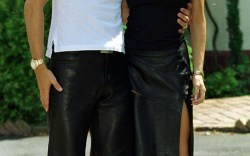 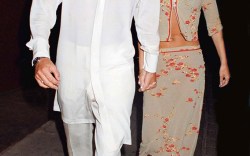 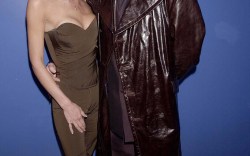 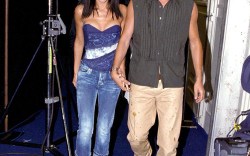 When it comes to coordinated couple style, David and Victoria Beckham are seasoned vets in the game. However, looking back on some of their boldest fashion choices over the years makes one wonder — what were they thinking? TV Host and comedian James Corden probed David Beckham on this very question on Thursday as he poked fun at some of the Beckham’s more questionable choices over the years during “The Late Late Show.” And Corden brought plenty of receipts, holding up images of some of the most iconic outfits by the couple.

Corden brought the fashion faux-pas memories all back to the surface by beginning with the Beckham’s infamous matching black leather looks from the ’90s. Sporting full-on Versace, the couple attended a party in London by the label in 1999 dressed to impress. On this look: “That idea was not my idea,” said Beckham.

The teasing continued  as Corden moved on to Beckham’s famous sarong look, which was a major style moment at the time. Guest Emily Blunt supported the unique choice, exclaiming, “I loved the sarong!” But Corden was just getting started. He moved on to the couple in another matching all-black attire featuring Beckham’s barely buttoned-up shirt, before finishing his critique with what Corden called his favorite moment. The host presented an image of the couple’s matching purple attire at their wedding reception.

“To be fair, that was 1999,” retorted Beckham. “And it still wasn’t cool then,” Corden confirmed.

But amid the teasing, Corden actually came up with an anniversary surprise for the Beckhams, who are celebrating 18 years of marriage in July. He brought out a life-size version of the plum purple image for Beckham, Blunt and himself to pose behind as a cheeky gift for Victoria.

And as for how Beckham feels about these looks today? “I’m not saying I regret them because at the time it felt right. Now I’m not so sure,” he said with a laugh.

See all the moments from Corden’s critique of the Beckham ensembles via the YouTube video below, then click through the gallery to see the Beckham’s couple style transformation over the years.

David Beckham’s Adidas Ultra Boost Sneakers Sold Out, but You Can Still Get Them Here