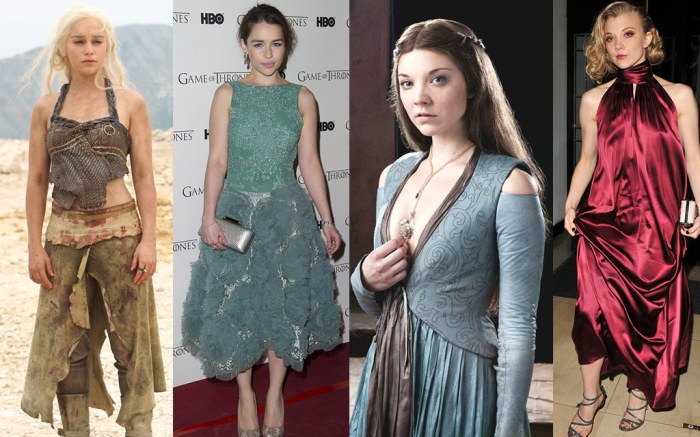 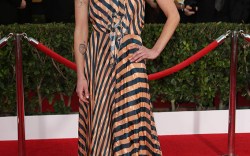 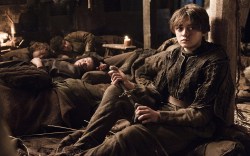 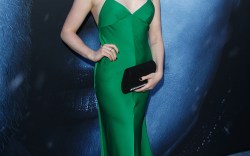 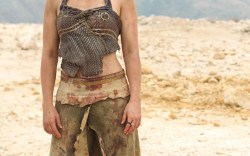 On the season six finale, viewers last saw the Shame Nun, played by Hannah Waddingham, being tortured after Cersei, played by Lena Heady, seized power. Waddingham, who is typically covered from head-to-toe in the show in a traditional religious habit, has one of the most striking transformations in real life. Over the course of 2016, she appeared on various red carpets, stunning onlookers with her style and beauty.

At the “42nd Street” party in London, Waddingham showed much more skin than her GOT character in a sleek all-black ensemble. The actress stepped out in a black peacoat and camisole matched with printed shorts and black heels.

And the Game of Throne’s premiere in LA earlier this week, much of the cast turned out in glamorous looks — a stark contrast from their gritty battle gear that their characters wear.

Gwendoline Christie, who plays Brienne of Tarth, opted for silver sandals and a floral embellished gown with a plunging neckline. Her sultry number showed off more curves than her medieval battle armor.

As the Night King, Richard Brake has one of the most terrifying looks in the show and his character’s devilish icy costume makes him totally unrecognizable. At a recent Variety event, Brake did a complete 180 with a casual cool style of jeans, a black sweater and coat and brown hunter boots.

See how more of the actors dress in real life before their mythical characters come back to the TV screen on tonight at 9 p.m ET/PT on HBO.

The Leading Ladies of ‘Game of Thrones’ Red-Carpet Style