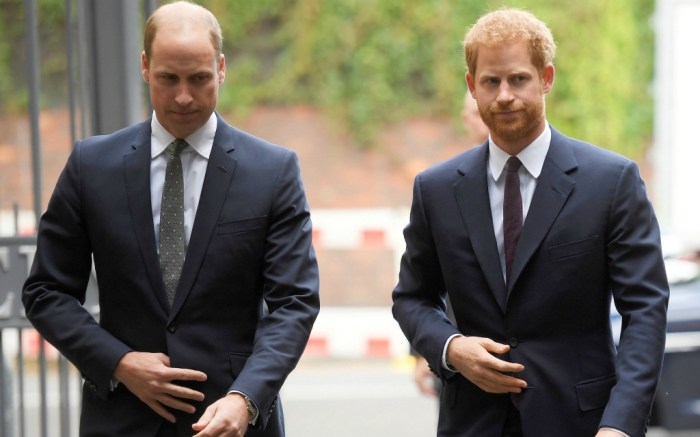 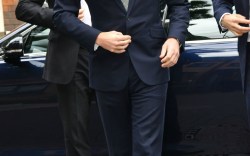 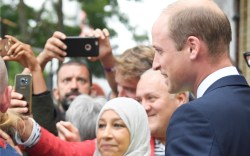 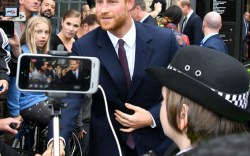 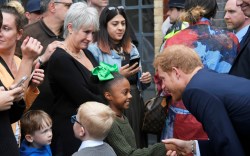 Princes William and Harry of England were dressed somberly yet professionally in simple blue suits and stylish black leather oxford brogues with wing detailing and closed laces when they arrived at the Support4Grenfell community hub on Tuesday afternoon. The royal brothers had established the organization and community hub shortly after the Grenfell Tower tragedy this summer.

Founded in July, the Support4Grenfell community hub is a space for groups to come together and provide support of all types to the victims of the Grenfell fire.

The 24-story tower block of public housing flats burned down in June, leaving 80 victims presumed dead and the survivors without a home. The royal family was quick to lend their support; when William and Queen Elizabeth visited the site of the fire, William said to a volunteer that it was “one of the most terrible things I have ever seen.”

Today The Duke of Cambridge and Prince Harry are visiting the Support4Grenfell Community Hub in Kensington. pic.twitter.com/tgDjvhtrIG

As Kate Middleton is unwell due to severe morning sickness from her newly announced pregnancy, she had to opt out of Tuesday’s event. William and Harry were sure to make up for her absence, meeting as many members of the Grenfell community as possible and thanking volunteers who have been assisting in the effort.

Click through the gallery to see the princes’ appearance at the community hub.

Kate Middleton Is Pregnant With Baby No. 3 — A Look at Her Past Pregnancy Style