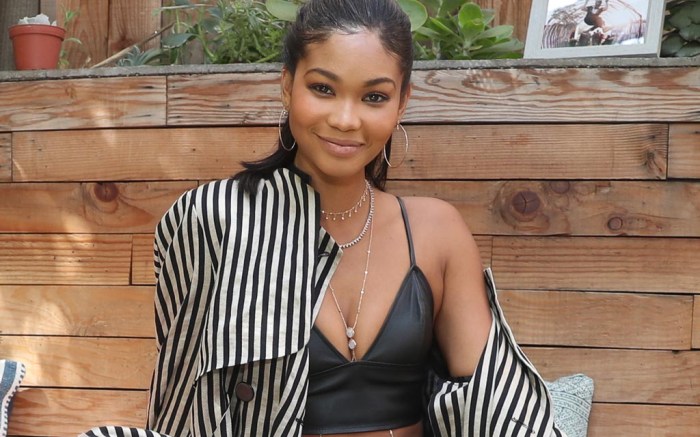 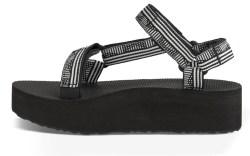 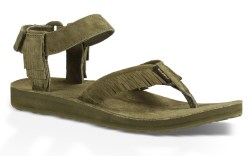 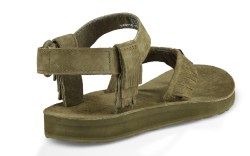 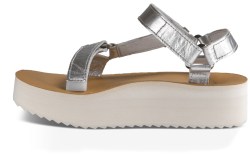 Chanel Iman should’ve had the time of her life during her first trip to the annual Coachella Valley Music and Arts Festival, but the supermodel made a music festival rookie mistake.

“One of the first time I went to Coachella I wore high heels and I felt so uncomfortable the whole day,” she told Footwear News on Wednesday at Teva’s Festival Styling Suite in Los Angeles. “I will never wear high heels at Coachella again. I don’t know what I was thinking — I had blisters on my pinky toe. Never, ever again will I wear a heel at a festival.”

The 26-year-old will be comfortable on her feet this time around when Coachella’s two consecutive weekend festivals kick off April 14 in Indio, Calif., featuring headliner Lady Gaga, among other big names.

Iman teamed up with Teva, a division of Deckers Brands, to present some of her favorite styles from the label’s spring 2017 collection that she thinks are perfect for festival revelry.

“When I go to Coachella, one of my key things that’s a must is to pack some comfortable shoes,” Iman said.

The catwalk queen said that her top pick is the olive green Original Fringe sandal, which retails for $80 online. “All of them are nice and comfortable, but those are my favorite.”

Some of the other shoes presented included the Alp, a reimagining of Teva’s ’90s heritage look.

The event included another option for a touch of style that pops — embroidery, of which Janis Embroidery customized on sandal straps with some cheeky statements.

Here, Iman shares with FN the wisdom she’s learned at music festivals over the years.

Footwear News: What’s your best tip for head-to-toe music festival style?
Chanel Iman: “I wear loose pants, with a crop top and a little jacket — that’s how I would style with the shoes; also a loose skirt that’s flowy. Everything you wear with shoes should be light—and effortless. That’s how I like my style: Effortless and comfy.”

FN: Among the many runways you’ve walked, which one sticks out the most with shoes?
CI: “When I used to walk for Marc Jacobs he used to glue all of the girls’ feet into the shoe so they wouldn’t slip on the runway, and we would have to wait until after the show for people to unglue them.”