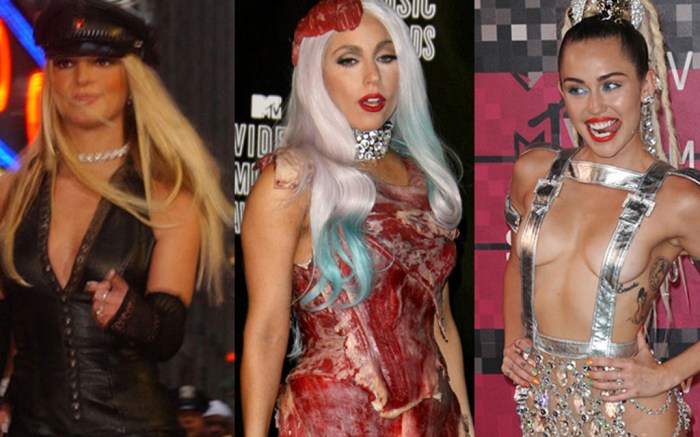 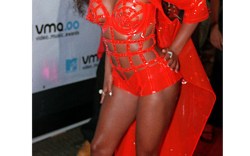 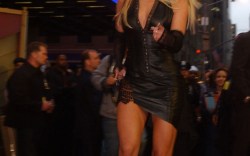 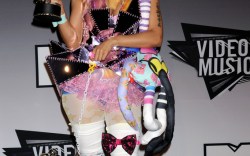 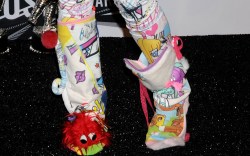 At the 2010 MTV Video Music Awards, Lady Gaga shocked the world with what might be the most outlandish award show look of all time: a dress made of raw meat, complete with matching shoes, both held together with butcher’s twine.

The “Born This Way” singer has defied convention many times, and the VMAs — a show that has produced a series of outlandish looks over time — provided a perfect opportunity for Gaga to try out a unique look.

Although Gaga’s meat ensemble takes the cake on crazy VMA shoe styles, other celebrities have sported outrageous shoes at the show.

Britney Spears, a big trendsetter of the early 2000s, was another pop star to go for a wild look. Spears’ outfit may be tame by today’s standards, but when the singer stepped out at the 2002 VMAs clad in a leather minidress and police cap, with pumps that laced up to her knees, her shoes and cap made an otherwise inconspicuous look noteworthy.

Of course, Miley Cyrus — then in the midst of her twerking, tongue-sticking-out phase — made a big splash when she hosted the VMAs in 2015 appearing in a series of quirky looks. Her most scandalous outfit was a barely-there sparkly harnessed costume, which she paired with silver thigh-high Versace boots that served as proxy pants.

Click through the gallery for more crazy VMA shoe looks.

The Best Instagrams of the MTV VMAs 2016