Nearly 100 Years of High-Heel History: See How They’ve Evolved Through the Years 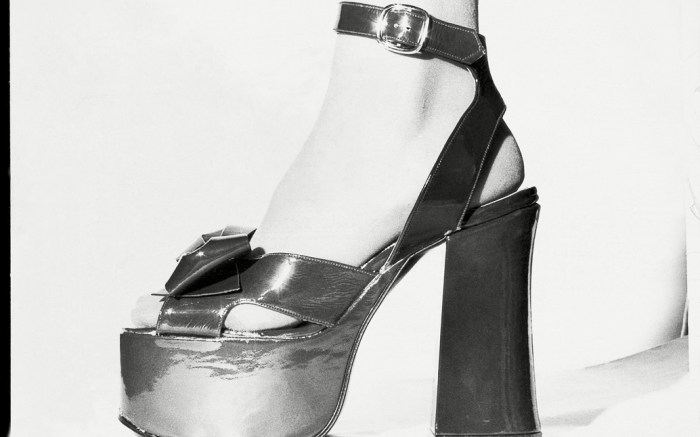 Over the past nine decades, high heels have drastically evolved — but some styles continue to reemerge through the years.

In the 1920s and 1930s, women wore pumps with elongated toes and thicker heels. Detailing came through bows at the toes or crisscrossed straps.

But women’s footwear got a sleeker update in the 1950s, when stilettos took off. These white pumps Joan Collins sported in 1957 feel modern even today, as white heels were a major trend of the summer.

In the 1960s, women began sporting lower, kitten heels. Audrey Hepburn, a fashion plate of the day, sported teeny heels and a little black dress in the now-iconic film “Breakfast at Tiffany’s,” and other women followed suit.

As the disco era of the ’70s came into being, the platform sandal had its moment. But by the 1980s, women had begun to sport sensible pumps on a relatively low heel. As more women began to enter positions of power, these shoes meant business.

By the 1990s, the ’60s kitten heel came back into style, with Princess Diana leading the way. Women around the world looked to emulate the Princess of Wales’ sleek style, and the easy-to-walk-in shoe’s return was celebrated.

The new millennium brought with it a return to racier footwear, with women sporting higher heels. Pop icons such as Christina Aguilera and Britney Spears stepped out in high-heeled sandals with dramatic ankle straps, and stilettos were back in a big way.

The thigh-high boot, in particular, has taken the fashion world by storm. Whether in a shiny patent leather or a more toned-down suede, the thigh-high has ruled the runway, the red carpets and the streets in the current decade.

But for the spring ’18 season, an old favorite is back: The kitten heel makes its return yet again.

Click the gallery to see the evolution of high heels through the years.

The Best Shoes From the Manolo Blahnik Archives