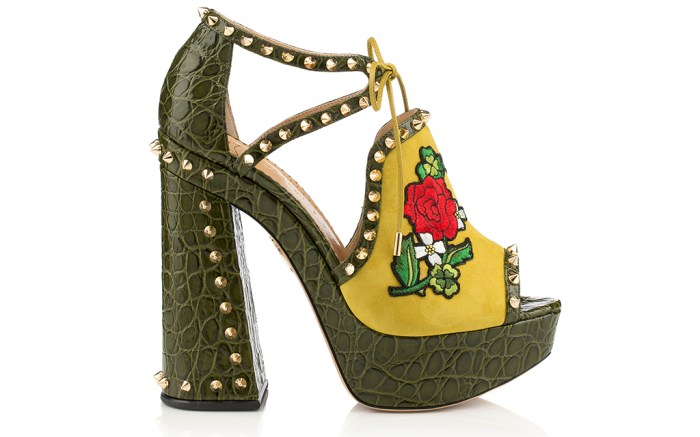 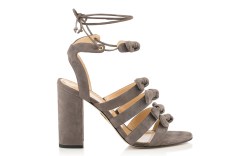 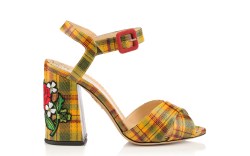 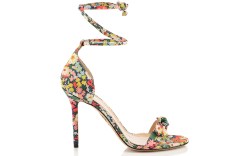 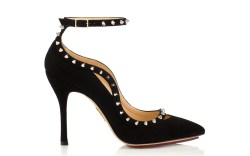 Charlotte Olympia Dellal has a playful design point of view that’s all her own. For the Charlotte Olympia pre-fall ’17 collection, the designer used touches such as studs, florals and the Union Jack on a number of silhouettes, including block heels, booties, flats and towering platforms.

FN has the first look at the whimsical line. On a block heel, Dellal added floral touches to a plaid pattern.

She celebrates her British heritage on a bootie with studs.

More studs are added to a high platform in a forest green hue.

A chic brown bootie is dressed up with floral motifs and studs.

The label’s signature kitty flats were updated with a British flag emblem, too.

A mule silhouette is sleek with knot details.

For a closer look at the collection, click through the gallery. Have a favorite style that you can’t wait to hit shelves? Tell us @Footwearnews.

The Charlotte Olympia Samba Show You Have to See to Believe