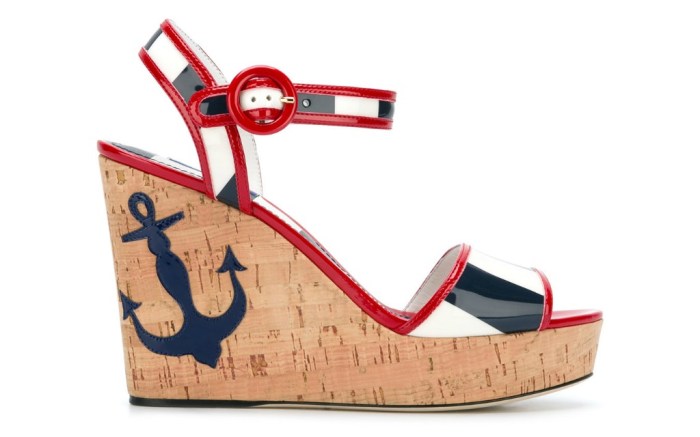 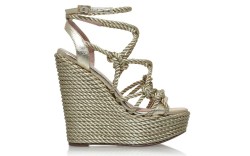 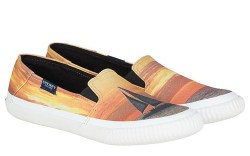 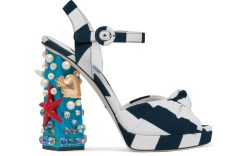 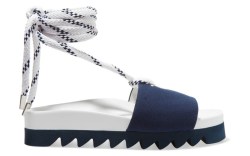 Some of the world’s fastest boats are battling it out on the high seas as part of the 35th America’s Cup. The international regatta, sponsored by French fashion brand Louis Vuitton, has been underway in Bermuda’s Great Sound since May 26.

The victor of the challenger finals round, set to kick off this weekend, will take on defending champions Oracle Team USA in the Cup match final, expected to begin on June 17. The American racing syndicate, which won both the 2010 and 2013 editions, is backed by software billionaire Larry Ellison.

To help sailing fans get into the America’s Cup spirit, we’ve rounded up some of the season’s best nautical-inspired shoes for women. From designer heels to casual kicks, there is a look for everyone.

Tory Burch brings a whimsical touch to the trend with these mismatched leather slide sandals. One is adorned with an anchor ornament, while the other features a ship’s wheel.

Flip-flop favorite Havaianas has a version of its popular Slim sandal featuring a sailing-knots print on the footbed.

Toms puts its spin on the maritime theme with this canvas slip-on shoe, decorated with a colorful sailboat print. The style is part of the brand’s Haiti Artist Collective, which showcases original hand-painted designs.

For a dressier look, Yosi Samra offers a chic gladiator-inspired sandal whose knotted satin rope straps are a subtle nod to the nautical trend. The shoe, which features a memory-foam footbed, is also available in a black metallic version.

To see more seafaring styles, click through the gallery here.