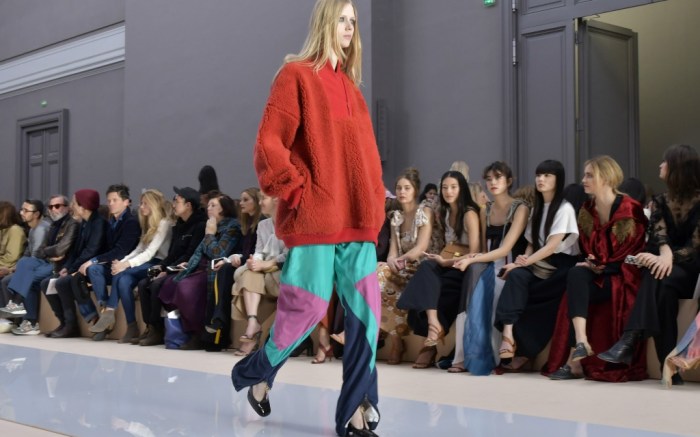 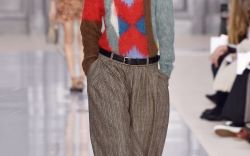 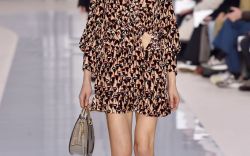 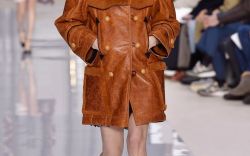 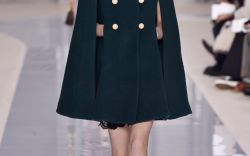 View Gallery 50 Images
It was a fond farewell. For her final collection at the helm of Chloé, Clare Waight Keller thoughtfully revisited and reworked a number of key house tropes at Paris Fashion Week. It was a clear, yet subtle, homage to her and the maison’s past.

The gamine was back in all her leggy glory, finished by fetching T-bar pumps (a welcome update) and block heel Mary Janes. Done in patent and with broguing at the squared-off toe, they had all the elan of a swinging Sixties Carnaby Road habitué. Continuing in this charming vein, there were also suede loafers with bits of brass trim along the upper. To balance the abbreviated hemlines and chubby coats, heels were best kept on the low side.
A little more variety would have been welcome, as not all looks (such as full menswear and track pants) looked right with these demure shoes. But overall, Waight Keller deserves kudos for her successful and sweetly sensual, never vulgar nor forced, tenure of Chloé. And while parent company Richemont reported a sales decline of 12.6 percent in the past six month ending Sept. 30, Chloé’s accessories and shoe business continued to flourish under Waight Keller.
But is it time for a new kind of Chloé girl to compete with the more edgy Vetements femme currently dominating the fashion conversation? Truth be told, much of the safe Chloe style can be scooped up on the high street and powerhouse contemporary brands such as Maje, Sandro and & Other Stories. A new approach would help differentiate. Reportedly, Natacha Ramsay-Levi, a longtime associate to Nicholas Ghesquiere, is the front-runner for the plum post.
To view the full collection, click through the gallery.