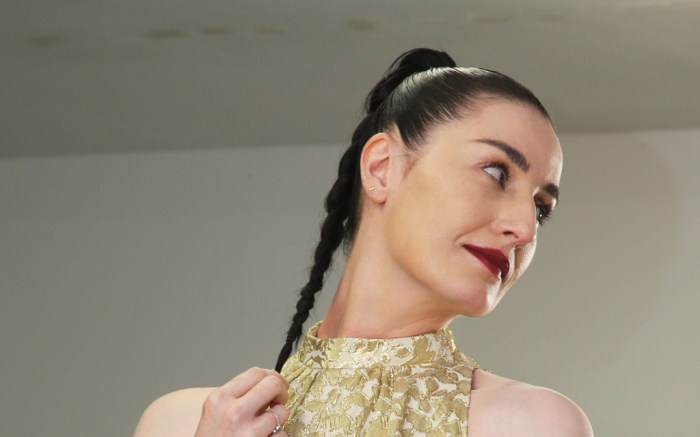 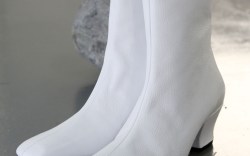 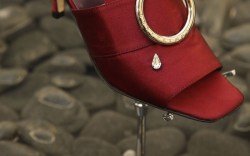 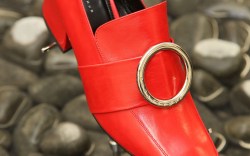 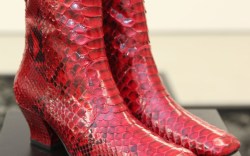 Imagine what Jean-Michel Basquiat’s widow, Suzanne Mallouk, an eighties groupie or a 17th century man might wear and that’s what London–based designer Dora Teymur created for his up-and-coming brand for spring. The collection of white booties and slingbacks, and Coca-Cola red mules and loafers was shown amidst an art exhibition in East London during London Fashion Week on Friday.

According to Browns Fashion womenswear buying director Ida Petersson the brand’s mules have been a hot commodity of late. “We’re selling as many loafers from him as we are from Gucci — which is a lot!” Peterson added, “In the pure shoe player category, we’ve been so excited to see that both Dorateymur and Oscar Tiye are performing extremely well with our customers.”

Well, there’s more of that coming. Displayed in two rooms, meant to encapsulate a lady’s two utopian settings, a tranquil morning and an afternoon tea curated by artist Polly Philp, the shoes were set amongst discarded plastic bottles and Coke cans. “The rubbish . . . looks like Giorgio Armani’s rebel grandchild,” said the designer.

Check out the gallery to see more Dorateymur spring 2018 styles.

Were These the Most Affordable Shoes at New York Fashion Week?