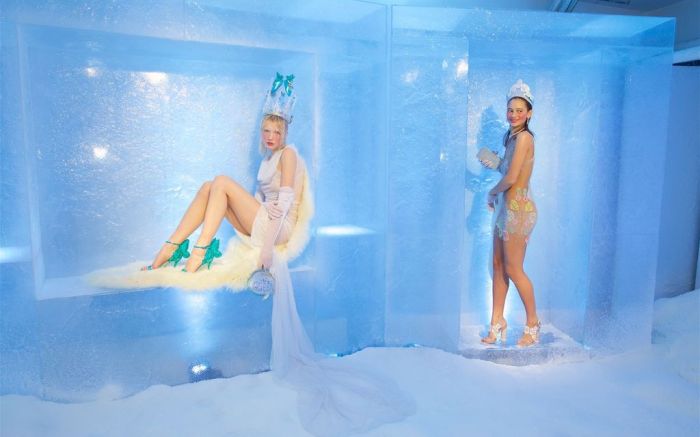 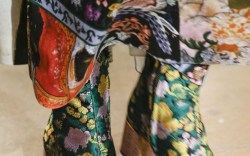 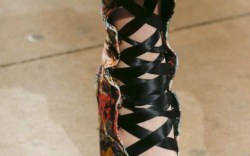 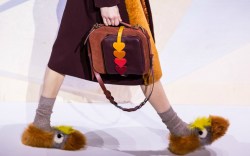 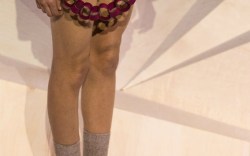 We’ve rounded up the craziest shoes to hit New York Fashion Week, and now we’re on to London. British designers are known for their quirk, and they definitely didn’t disappoint this season. The fall ’17 shows at London Fashion Week this past weekend offered an array of experimental runway footwear, such as light-up boots and sky-high platforms.

For Sophia Webster’s latest collection, the designer went playful with her series of icy shoes, inspired by the film “Frozen.” She used shoe details such as mesh and Lucite to play up the feel of icicles. Similarly, Charlotte Olympia went to the extreme with her film noire theme. There were newspaper-printed boots, feathered sandals and beaded tassel pumps.

Meanwhile, on the runway, designers aimed to shock. Christopher Kane once again collaborated with Crocs this season, this time lining the styles with mink fur. He also showed pumps that were lined with sponge (talk about taking comfort to a new level).

Mary Katrantzou was inspired by the film “Fantasia” for fall. The result? Seriously cartoon-like shoes, which included pointed velvet slippers with oversized bows. Disney on acid.

To view all of them, click through the gallery.